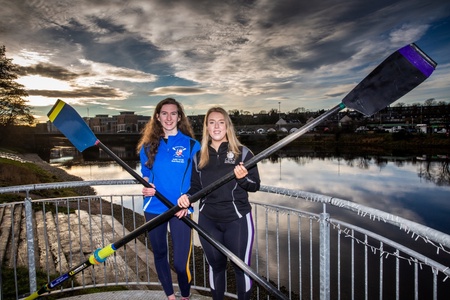 This year's Aberdeen Boat Race between the University of Aberdeen and RGU is due to take place on Saturday, April 2, with supporters of both teams urged to turn the banks of the River Dee into a colourful spectacle.

Both universities have adopted the theme ‘show your true colours’ for the 2022 head-to-head, which organisers hope can go ahead with supporters in attendance – not possible last year due to Covid-19 restrictions.

This year, circumstances allowing, supporters are being urged to don their team colours - blue and yellow for the University of Aberdeen, and purple and black for RGU.

The 2022 race date was officially confirmed after the runners up of last year’s boat race, RGU, threw down the gauntlet to their city rivals.

The race, which has been running since 1996, is described as the north-east of Scotland’s answer to the annual Oxford-Cambridge Boat Race.

Made possible by the continuing support of both universities and the Aberdeen Rowing Community, it takes place over a 3.5km stretch of the River Dee between the Bridge of Dee and the Aberdeen Boat Club.

Both crews train hard for months for race day and to see the banks of the river awash with our team colours will give us a huge boost" Emily Carruthers, Aberdeen University Boat Club team president

Last year AUBC won the race for the 18th time and are the competition’s overall leaders, with RGU recording eight victories. However, since RGUBC’s first win in 2006, the teams have recorded eight wins each.

Emily, who is from Edinburgh and studies Geography, said that she hopes this year’s race can bring some colour back to the event, after last year’s low-key contest.

She commented: “We’re asking supporters to come out on the day wearing the colours of their favourite team.

“Both crews train hard for months for race day and to see the banks of the river awash with our team colours will give us a huge boost.”

Sarah, who is studying Applied Social Sciences, added: “In the run up to the race we’re hoping that our supporters will show their true colours and register their team allegiance through social media too.”

Both crews have already been training in preparation for the April race. Each of the 18 rowers will take just under 5500 strokes in the course of the 3.5km race and along with the crew coxes, will test their physical and mental endurance to the limit.