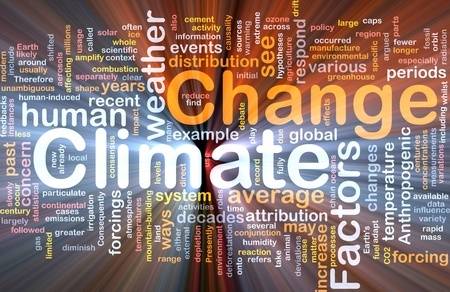 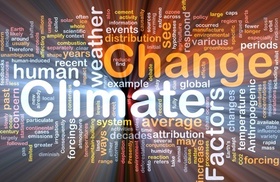 Professor Robinson said: “As scientists, we are often told we aren't doing enough to publicise the consequences of climate change - as though the reason for a lack of action on climate change is because we have not been compelling enough."

Ms Bruno added: “The job of scientists is to build and examine the evidence and provide factual objective accounts of what is happening, and while science communication is an important skill, not all scientists are trained communicators.”

Professor Robinson continued: "Scientists are always very cautious about being emotive and we have boundaries around displaying concern and using language like ‘crisis’ and ‘emergency’ but as the science seeps further into the public domain, particularly through younger generations, it is now something that the public is finally talking about.

“A distinctive feature of movements such as the School Strikes for Climate is that they are led by young people, a group that is informed about and accepts the science, and also the generation who have the most to lose from climate inaction.”

Professor Smith adds: “Much of the civil action since 2018 has been led by the generation who will be affected most by failure to achieve net zero emissions by 2050.”

The editorial which was supported by Global Change Biology founder Professor Steve Long and many of the journal’s editors concludes that to address the significant environmental challenges facing society, we need the very best scientists, teachers and communicators capable of translating science to motivate and inspire wider audiences, including the public and policy makers.

Professor Robinson concludes: “As editors, publishing and reviewing research on climate change and how it affects life on the planet, the science has been clear to us. It has really been a question of how to translate that into action. For decades, it has been a political, social and economic issue, and the inaction was quite depressing. The climate protests have given us hope, that this wave of public opinion is finally enough to produce the change we need.

“Science without activism is powerless to enact change, but activism without science cannot direct change where it is needed. Both science and activism are needed for great societal change. Student movements are giving scientists hope that political and economic change will come.”