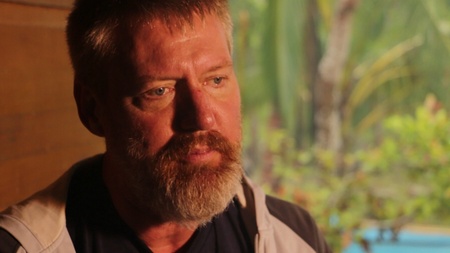 A leading academic whose expertise spans bioarchaeology, archaeology and forensic anthropology will join the University of Aberdeen as part of the British Academy's Global Professorships programme.

He will join the Department of Archaeology under the second round of the programme which is supported by the Department for Business, Energy and Industrial Strategy (BEIS) and the UK Government’s National Productivity Investment Fund.

The Global Professorships seek to demonstrate and enhance the UK’s commitment to international research partnerships and collaboration as well as strengthen the UK’s research capacity and capability in the humanities and the social sciences.

His research specialisations include the reconstruction of health from human skeletal and dental remains, mortuary archaeology, and human identification and estimation of the time since death.

He said he was looking forward to applying his expertise to new contexts, exploring how Northern communities biologically adapted to and were resilient to the vagaries of significant change in climate, environment, technology and economy throughout antiquity.

The project will span the origin of farming (Neolithic) through to the Medieval period and will be modelled in a study that utilises the rich, but understudied human remains collections archived in Scottish and Northern Irish museums and universities.

Professor Oxenham said: “My Global Professorship aims to grow an emerging area of bioarchaeological expertise at the University of Aberdeen and provide new pioneering techniques in the field of bioarchaeology more generally.

“I am delighted to have an opportunity to share my particular skills, knowledge of and approaches to the study of the antiquity of human health with my UK counterparts and, in particular, the next generation of students and young scholars in Scotland and Northern Ireland.”

Professor Gordon Noble, head of the Department of Archaeology at the University of Aberdeen, said: "Marc is one of the world leaders in Osteoarchaeology and it is a real honour to host him and his project for four years at Aberdeen.

Professor Ash Amin, British Academy Foreign Secretary, said: “We are delighted to welcome this new cohort of British Academy Global Professors, who will be joining a wide range of higher education institutions across the UK and working on a fascinating set of projects. Our ambition is to support outstanding internationally-recognised scholars from around the world, enabling them to develop lasting networks and collaborations in the UK while drawing on their knowledge and expertise to drive excellence in UK research and higher education.”

Marc is one of the world leaders in Osteoarchaeology and it is a real honour to host him and his project for four years at Aberdeen." Professor Gordon Noble