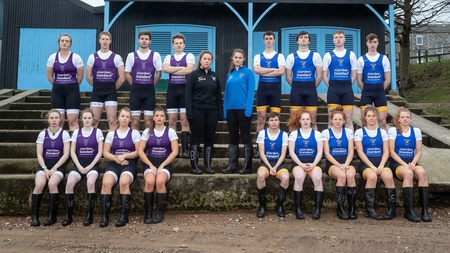 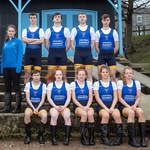 Erin and Anna-Sophie have formed the strongest crews, selecting highly experienced rowers and handpicking the best talent – both local and international. The crews will clash oars over a 3.5km course on the River Dee this March, in the race sponsored by Aberdeen Standard Investments.

I encourage our students to line the banks of the River Dee in support of our crew's determination to win. I'm sure both crews will give their best performance in this race but I do hope the University of Aberdeen can reclaim the trophy." Professor George Boyne

Martin Gilbert, Co-CEO of Aberdeen Standard Investments, said: “The Aberdeen Boat Race has earned its place as one of the city’s annual highlights. Whether in rain or snow, day or night, the crews have endured intense training in preparation for the challenging race. Aberdeen Standard Investments remains a proud sponsor of this event that supports both domestic and international talent. Ahead of the race, we would like to congratulate both crews for their unshakeable determination and effort to be part of this event.

In last year’s race, RGU’s mixed crew of eight lifted the trophy, as they emerged triumphant by 6.1 seconds against their rivals. The University of Aberdeen crew last won the race in 2017, breaking RGU’s five-year winning streak.

Professor John Harper, Principal of RGU, said: “Every year is an opportunity for both university crews to showcase their talent and remarkable team effort. The two crews undoubtedly put their heart and soul into this competition, which never fails to excite the north east public. I look forward to witnessing another exciting race whilst, of course, also wishing RGU make it to the finishing line first.”

Professor George Boyne, Principal and Vice-Chancellor of the University of Aberdeen, said: “AUBC has been training very hard and the crew members are all geared up for this year’s race.  I encourage our students to line the banks of the River Dee in support of our crew’s determination to win.  I’m sure both crews will give their best performance in this race but I do hope the University of Aberdeen can reclaim the trophy.”