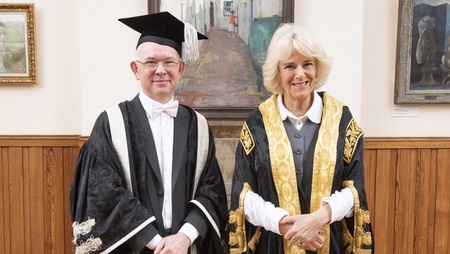 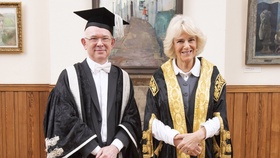 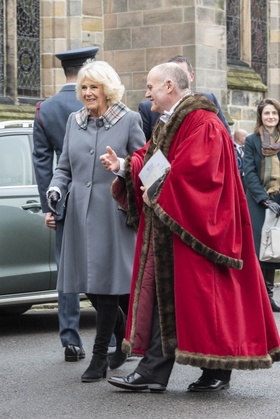 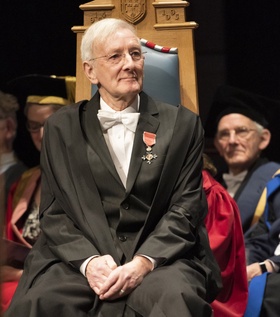 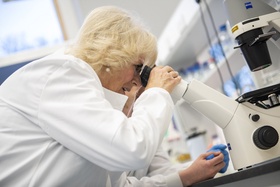 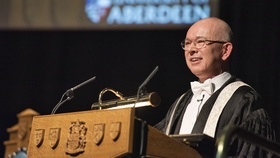 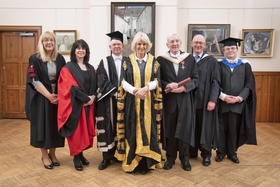 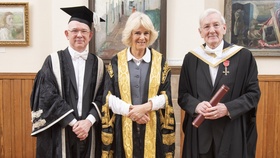 Her Royal Highness The Duchess of Rothesay officially installed Professor George Boyne as Vice-Chancellor of the University of Aberdeen today (Wednesday, January 16).

Around 500 guests – University alumni, staff, students, supporters, civic and industry leaders and senior figures from other universities – attended the formal ceremony at the University’s Elphinstone Hall.

Her Royal Highness - who is Chancellor of the University - presided over the prestigious occasion, which is similar to a graduation ceremony.

The event also saw Her Royal Highness confer an honorary degree upon Edward Stevenson who worked in the University’s biomedical physics department for 42 years and supported the pioneering team which created the world’s first clinical MRI scanner.

The retired technician - awarded an MBE in 2010 for his services to healthcare and charity - is known to many Aberdonians for the festive display he used to create every Christmas in his garden in the city’s Ashgrove Road West, raising tens of thousands of pounds for local children’s charities.

Aberdeen initiative Food and Fun – set up to provide free meals during the school holidays to children in most need – was also recognised at the ceremony, with the founding partners presented with the University’s inaugural Principal’s Award for Outstanding Service to the Community.

After the ceremony ended, Her Royal Highness met and spoke with guests at a marquee lunch before heading to a second engagement at the University’s health campus at Foresterhill.

After her arrival at the Institute of Medical Sciences, Her Royal Highness met researchers who focus on women’s health.

Initially she visited researchers from the Centre for Arthritis and Musculoskeletal Health, which enables innovative interdisciplinary clinical, research and training activities at the University of Aberdeen and NHS Grampian, which are working together to improve the diagnosis, prevention and treatment of arthritis and other musculoskeletal conditions including osteoporosis.

Centre research investigates the role that stem cells play in joint health and osteoarthritis. This knowledge also helps devise new treatments for osteoarthritis by harnessing the ability of stem cells to maintain and repair joints.

Her Royal Highness then saw poster presentations and heard from scientists and students conducting breast cancer research and also met clinicians and researchers from the Aberdeen Centre for Women’s Health which leads in fertility research.

The Duchess was then given an insight to some of the work that earned the University the Queen’s Anniversary Prize – the highest national honour for a UK university and awarded to the University in recognition of its world-leading research into health services over the last 40 years.

Her Royal Highness was then updated on the University’s osteoporosis research. The Duchess has a personal interest in osteoporosis and has been President of the National Osteoporosis Society since 2001.