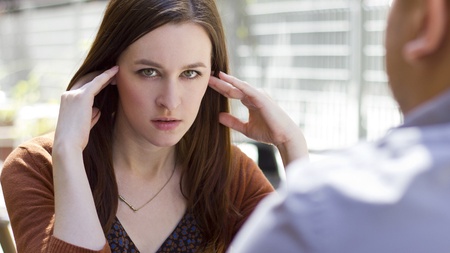 When you ask how your elderly aunt's bad knee is over Christmas dinner, you might want to take her first answer with a grain of salt, according to new studies.

Researchers at the University of Aberdeen found that people tend to overstate their symptoms and feelings the first time they are asked about them, but the exaggeration disappears when they are asked a second and third time.

The study has been published in the journal PNAS (Proceedings of the National Academy of Sciences of the USA).

Surveys that record people’s thoughts, feelings, and behaviours are essential assessment tools in many areas of science and everyday life, from medicine to economics to politics. They can be used to take a snapshot of how people are doing and to track change and the effects of interventions and policies.

Researchers have long noticed a puzzling decrease when people are repeatedly asked about their physical symptoms and feelings. Until now, researchers assumed that it was the subsequent answers that were biased, i.e. people ‘down-playing’ their symptoms upon repeated questioning. But this latest set of experiments suggests the opposite is true – that it is the first answer that is ‘upwardly biased’ and subsequent answers are unbiased.

Understanding this change is necessary to accurately interpret survey results that include subjective reports of feelings and symptoms.

Everything from assessments before and after treatment, over eligibility in randomised controlled trials, policy-guiding symptom prevalence, to national happiness indices could be affected. " Gertraud Stadler

To study this decrease, the research team conducted four experiments asking participants at multiple times about their distress, physical symptoms, and energy level. Amongst participants were recent law school graduates preparing for a career-deciding exam, pre-med students gearing up to take a difficult pre-med science exam, and college students over the course of an academic year.

The results across the four experiments showed that people overstated their initial feelings and physical symptoms, but that after being assessed a second and a third time this “initial elevation bias” disappeared.

“This upward bias in self-assessments could have implications for research and practice across disciplines,” explains Gertraud Stadler from the Health Psychology Group at the University of Aberdeen. “Everything from assessments before and after treatment, over eligibility in randomised controlled trials, policy-guiding symptom prevalence, to national happiness indices could be affected.

“Because many political and health surveys only ask questions at one point in time, researchers have no way of seeing this initial elevation bias, and get the mistaken impression of genuinely elevated emotions and symptoms. Just as doctors take blood pressure twice, we may need to check self-reports twice to get valid assessments.”