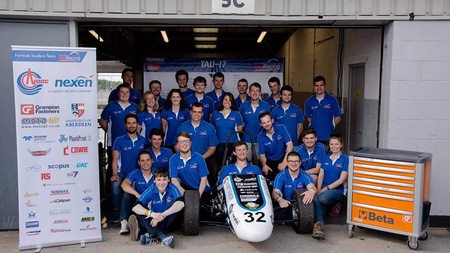 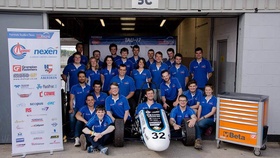 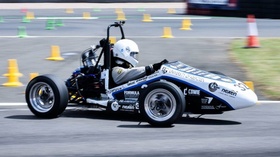 Engineering students from the University of Aberdeen have finished first in Scotland, third in the UK and fourth overall in a global motor racing competition.

This year 115 teams from universities across Europe, North Africa, Middle East and South America competed across a number of tests to be crowned champion.

The 50-strong Aberdeen team finished fourth overall, third out of all UK universities and first in Scotland.

We are delighted to announce this tremendous achievement. Our members have contributed thousands of hours of hard work, and it paid off as this year we have managed to build one of the most reliable cars in the competition." TAU Racing project manager Peter Arthur

The new project manager for the TAU Racing team, Peter Arthur, says: "We are delighted to announce this tremendous achievement. Our members have contributed thousands of hours of hard work, and it paid off as this year we have managed to build one of the most reliable cars in the competition.

“We are already looking ahead and planning next year’s development to retain our place amongst the top teams in the future. We would like to express thanks to our sponsors, supporters and the University of Aberdeen. Without their generous support, we would not be able to achieve these great results.

“Special thanks go to our principal sponsor Nexen, who not only made it possible for us to develop a new powertrain package with their sponsorship, but also contributed greatly to student development with their mentoring."

Dr Richard Neilson from the University’s School of Engineering said: “It is an absolutely brilliant result. They were a bit down on Friday as they felt they hadn’t done so well in the static events but the dynamic events went so well. Everyone at the School is thrilled for them.”