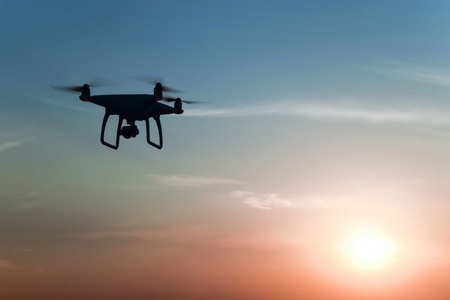 The use of aerial drones to monitor oil and gas pipelines could bring significant benefits to operators, according to research carried out by scientists at the University of Aberdeen.

Monitoring is traditionally carried out on foot or by helicopter, but scientists believe the use of drones would bring new efficiencies that would work especially well in remote or hard to reach areas.

David R. Green and Cristina Gomez co-authored the study, which has been published in the Arabian Journal of Geosciences.

Dr Green said:  “The main risk posed by an oil or gas pipeline is the existence of a spill or a leakage that threatens to cause an environmental disaster, not to mention the risk of an explosion.

“A thorough system for pipeline monitoring requires the use of specific sensors that can detect rust or corrosion - or if the pipeline is beneath the ground, the existence of methane or changes in the surrounding vegetation that indicate a failure.

Our research makes clear that drones can play an important role in the inspection, monitoring and maintenance of oil and gas pipelines in the near future" Dr David Green

“This kind of technology is evolving at a rapid pace, to the point where these sophisticated sensors are now small enough to mount on unmanned aerial vehicles.”

The paper examines a number of options for the use of the technology, from the deployment of small multirotor platforms in local inspection missions, to the use of fixed wing devices better suited to covering large areas, especially linear routes.

Dr Green continued: “One of the main benefits of using drones for this analysis is that they can be programmed to cover large areas in a systematic way, as well as get to difficult to reach areas.

“Not only would this be more cost-effective, but it allows inspectors a flexible solution to any issues of restricted access, which may prove crucial in identifying a problem.

“While specific rules would have to be developed to allow for the full development of this technology, our research makes clear that drones can play an important role in the inspection, monitoring and maintenance of oil and gas pipelines in the near future.”