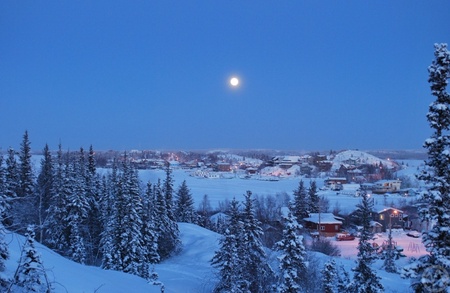 Come along and find out more about the struggles of the indigenous people of the region - Yellowknives Dene First Nation and the toxic legacy of an abandoned gold mine.

To book your place please email your name and department to dshapovalova@abdn.ac.uk.

Guardians of Eternity is a full-length documentary film about the toxic legacy of the Giant Mine in Yellowknife, Northwest Territories.

Guardians of Eternity introduces the people who are most affected by this legacy of a gold rush and looks at the challenge of communicating the danger to future generations posed by the existence of a substance that will remain highly toxic forever.