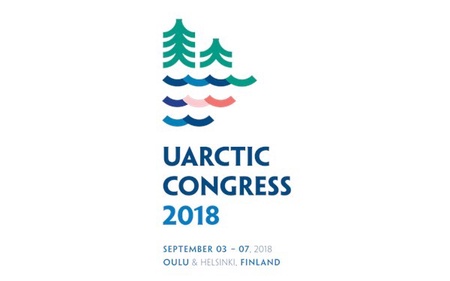 This first UArctic Congress gathered 450 participants representing 200 institutions from the circumpolar world and beyond for a week of science sessions and key meetings of northern academics from more than 20 countries.

The UArctic Congress spanned from pre-meetings that furthered collaboration activities of the UArctic network and the memorable opening ceremonies at the Twelve Colleges building of St. Petersburg University, through a number of intense days of meetings, keynote plenaries, and over 250 scientific presentations.

Throughout this week, the participants had been treated to historic cultural visits to some of St. Petersburg’s amazing sites.  Including St. Isaak’s Cathedral, the Hermitage, Peterhof Palace, and the gala dinner at the Fortress of Peter and Paul.

Lars Kullerud, UArctic President, remarked, “St. Petersburg has been the perfect location for this historic first UArctic Congress. The opportunities for friendship and cooperation have been fantastic, and we have accomplished much in our work to further develop international cooperation in higher education and research in the Arctic region.”

The business of the Council of UArctic welcomed seven additional members of the network:

The UArctic Rectors’ Forum had opportunities to meet together with the Board, Thematic Networks and most importantly the representatives of the Student Forum, who discussed ways that circumpolar higher education, networking and cooperation can be improved. Through these processes, the UArctic Congress Declaration was approved by all bodies of UArctic. The final Declaration, as well as the response from the Student Forum, are available for download from the UArctic website.

“St. Petersburg University is immensely proud to have been able to host the first UArctic Congress, and we see this as a significant step forward for both the members of the University of the Arctic, as well as the large community of scientists and students that are engaged in producing new knowledge about our region.” concluded St Petersburg University Vice-Rector for Research Sergey Aplonov.

For a full set of news highlights from the UArctic Congress, see the UArctic website (www.uarctic.org) and #uarcticcongress2016 on social media.