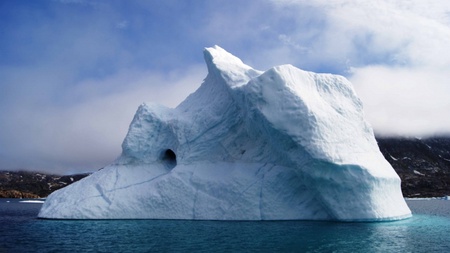 The Scottish Affairs Committee launches an inquiry into Scotland and the High-North. It will establish opportunities and threats posed in the region, and the UK approach to addressing them.

The High North, also known as the Arctic region, roughly comprises the oceans and territories of the Arctic Circle. The UK has not publicly stated official policy towards the area since 2013, when the Foreign Office published their report UK's Policy towards the Arctic, which was produced without the Scottish Government being consulted.

The issues the inquiry will address are complex. Climate change continues to have a drastic impact on the environment and wildlife in the region. The committee will look at the UK's possible role in encouraging the protection of the natural environment, and the vital role of the Scottish renewable sector in cutting emissions. How open should the UK be to the exploitation of natural resources or should it be working harder to protect the unique arctic environment?

If oil and gas extraction continues at the current pace will Scottish firms provide the machinery and expertise? Should the UK look to protect the Arctic Sea from industrial fishing?

If the retreating ice caps open up new waterways, are Scottish ports in a position to facilitate this any expansion in trade? What implications will new routes around the High North have on the defence of our territory?

What are the key challenges facing the High-North and what should Scotland’s role in addressing these challenges be?

Are there benefits to Scotland and the UK further developing their relationships with Arctic nations?

What role should the UK play in defence for the High-North?

What are the opportunities and risks of the UK increasing energy interconnectivity in the High-North?
a. Should the UK be engaging with the proposed North Atlantic Power System and how could this benefit Scottish interests?

How to get involved

Send written submissions via the form available on our inquiry page.

You can also contribute to the debate on

"The Arctic region, economically, environmentally and politically, is likely to play an important role in Scotland’s future. This inquiry will set out to establish if UK policy has been developed to grasp the opportunities that may present themselves, and whether they are in Scotland’s best interests.

This inquiry will look at the politics of the area as much as the environmental issues. The Arctic Council, whose membership include Russia and the USA, play a key role in setting the future of the region. At present the UK attends as an observer so we will be looking at what the UK’s position should be, but how best to exert influence."