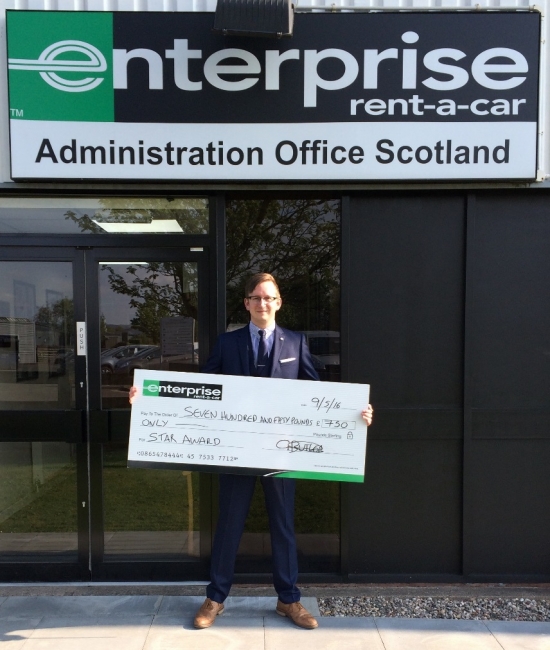 A University of Aberdeen student has achieved first place in a recent employability competition.

Daniel Kaminek (Politics and International Relations) was awarded £750 in the STAR Scholarship Competition which encouraged students to creatively showcase their learning and achievements developed through their role as a STAR (Students Taking Active Roles) Awardee.

Daniel impressed the panel with his animated video entry which detailed how the STAR Award has influenced his professional development in his position as a School Convenor.

Lindsay Ross, (History) took second place in the competition, winning £500 for a video on her role as President of Aberdeen University Women’s Football Club, and Kaitlyn Dynes ( Peer-Assisted Learning (PAL) Team Leader and final year Medical student) was awarded third prize of £250 for her engaging STAR poem. The winning entries can be viewed here.

The initiative, which was led by the University’s Careers Service and Enterprise Rent-a-car, will showcase all its winning entries at the annual STAR Award Ceremony in October 2016.

Further information regarding the STAR initiative, including registration is available on the Careers Service webpages.