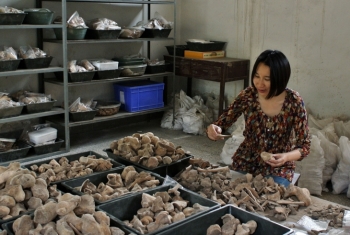 A University of Aberdeen archaeology PhD student has been awarded one of China's top scholarship awards.

Ms Yu Chong will collect the Finalist Prize of the 2nd Li Chi Scholarship of Archaeology – named after arguably China’s most important archaeologist.

The Finalist Prize is open to all Chinese students majoring in archaeology.

Ms Yu Chong is a PhD student in the Archaeology Department at Aberdeen, studying the zooarchaeological evidence for the introduction of domestic ungulates into Neolithic China.

The award ceremony will be held at Peking University, Beijing on June 2.