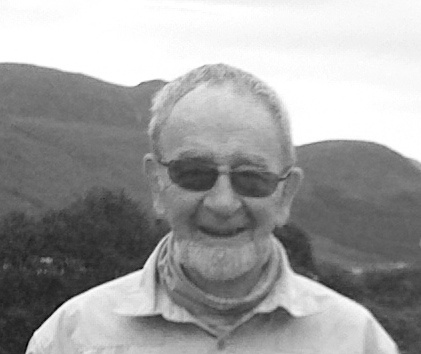 Emeritus Professor Allan Hamilton FRSE, first holder of the established Chair of Microbiology at the University of Aberdeen and a former Treasurer for the Society (1992-1998), died in Glasgow in early December.

Allan was the inspiration for the development of microbiology at the University of Aberdeen and drove development of the Department from 1975 to 1990 when he took up the post of Research Vice-Principal at the University.  Through his leadership and mentoring activity, staff acquired international reputations and the Department was consistently one of the most highly ranked research units in the UK research assessments.  His ability to recognize and nurture talent was unsurpassed.  He took considerable pride in the attainments of others and always provided sound advice on research management and career development.  Three of his colleagues, whom he had appointed and mentored, became Fellow of the Royal Society and many were elected Fellows of the Royal Society of Edinburgh.  Others who developed their careers elsewhere attained positions of prominence in higher education and industry.

Allan’s early research career was with Unilever at Colworth house.  It was here that he started to investigate the mechanism of action of tetrachlorosalicylanilide, which he found increased the proton permeability of bacterial membranes.  Thereby, Allan discovered one of the most effective tools in studies of bioenergetics.  His move to the University of Aberdeen was accompanied with more in-depth analyses of the mechanisms of energy transduction and the linkage to amino acid transport in bacteria.  His ground-breaking fundamental studies elicited that solute transport could be driven by artificial ion gradients in starved bacteria and membrane vesicles and provided some of the most important early support for the universality of the chemiosmotic coupling between respiration and useful work, such as membrane transport.  In recognition of this work Allan was elected FRSE in 1980.

In the late 1970s Allan moved research fields to develop studies on sulphate-reducing bacteria and this field, allied with studies on the roles of these bacteria in corrosion in the North Sea Oil industry.  With colleagues, who became the core of the company Micran, he developed novel assays that allowed the rate of sulphate reduction in environmentally-relevant samples to be determined accurately.  Prior to their research only single samples could be analysed.  With their technological development replicate samples could be assayed simply and very reproducibly.  Moreover, the assay lent itself to high throughput and to a diverse range of samples including oil storage systems and microbial biofilms on metal surfaces.  An early discovery was the importance of communities of bacteria in causing corrosion, leading to investigations of interspecies energy transfer, which occupied the remainder of his research career.  It was his recognition of the complexities of microcosm physiology that led him to be less sceptical of nanobacteria than many of his contemporaries.  His masterly summery of the position as it was in 2000 (see Microbiology Today, 27, 182-184).  Similarly, the opening to his 1985 review of sulphate reducing bacteria and anaerobic corrosion (Ann Rev Microbiol. 39, 195-217, 1985) is masterly in its exegesis of why this is important as a topic and what lessons can be gleaned from the analysis.

Allan was an early entrant to commercialising research, which led to the formation of Micran, a company specialising in the supply of microbiological services to the North Sea Oil industry.  This University spinout was eventually taken over by SGS and continues to support industry today.  Allan became Chairman of NCIMB in 1982 and remained in that role until 1997.  This was a critical time in the history of the Organisation. One of Allan’s principal achievements was in leading the campaign to retain NCIMB in Aberdeen, leading to it becoming a university company, funded and administered by the BBSRC.  He was instrumental in the relocation of the microbial collections from Torry to facilities on the University campus and he promoted the development of the commercial side of the business. As a result of Allan’s stewardship NCIMB diversified into modern strategies for identification and storage of bacteria.

Allan was treasurer to the Society for General Microbiology and oversaw many changes that improved the Society’s financial health.

In his personal life he had a wide range of interests including sailing around the West Coast of Scotland, music and fly fishing.  He was also a skilled bagpiper and popular after dinner speaker.  He was incredibly knowledgeable about wine and loved whisky.  No surprise then that Allan was great company and a wonderful host both at his home and on his boat.  He was a valued friend to many and could always be relied upon to be honest and steadfast in his support of others.  It is no surprise that he was tremendously well-liked.  Allan embraced family life.  He is survived by his wife Evie, her two daughters and their children, to all of whom he was devoted.