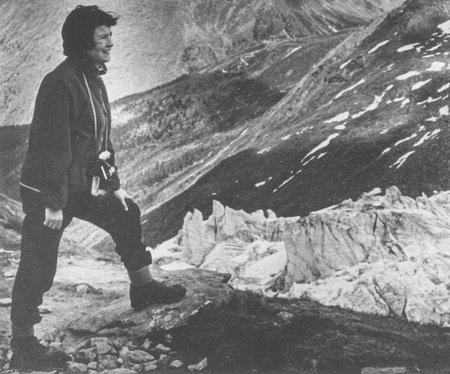 Edith Stewart, a well-known member of University staff for many years until her retirement in the 1980s, has died peacefully at the age of 94 after a long period of illness.

Edith began her career as a legal secretary in several Aberdeen firms, before her language skills took her to the UN/International Labour Organisation in Geneva, The British Overseas Service in North Borneo and Pergamon Press in London.

Edith had a lifelong love of the mountains, and in her youth she climbed with some of the best of her generation including fellow University graduate Tom Patey and the renowned Tom Weir, famous for the long-running television show Weir’s Way.

Edith’s funeral was held on August 6th, at Baldarroch Crematorium.

She is survived by her son, Brian, who is a member of the University’s Media Services team.