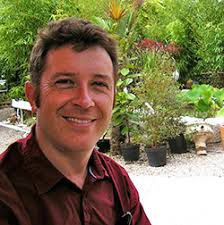 An academic whose work crosses over music, language, literature and performance will join the University of Aberdeen as a new Head of School.

The main focus of his research is music in early twentieth-century Spain and Professor Collins has published widely on the life and music of Manuel de Falla, the composer of The Three-Cornered Hat and Nights in the Gardens of Spain.

He is currently working on a new edition of Falla’s published writings, and he also works on British popular music and music education.

Professor Collins said he was looking forward to joining LLMVC and – as a keen cyclist and hillwalker – to exploring his new surroundings.

He said: “I have been extremely impressed by the genuinely interdisciplinary nature of the School of Language, Literature, Music and Visual Culture. This is really important to me, because my own research touches on many different disciplines, and is multilingual.

“I’m also very keen to find out more about the School’s wider work in the north of Scotland. I learned Welsh in Bangor, and can’t wait to start learning Gaelic.

“I am looking forward to the busy and vibrant atmosphere in the School and to exploring how we can lead the way with innovations and new agendas in matters of real importance for the future.

“I’ve been a regular visitor to the north east for many years and I’m looking forward to making the area my home. I’ve walked the Speyside Way twice, and I adore the Cairngorms. I’m going to miss the mountains of Snowdonia, but I’ll have plenty of Munros to keep me busy.”

At Bangor Professor Collins led a number of initiatives around diversity in the curriculum and student engagement and helped drive outstanding National Student Survey results for the subjects in his School.

Outside the academic sphere, he is currently President Elect of the Incorporated Society of Musicians, which provides advice and support to musicians and educators, and lobbies tirelessly on their behalf. He is also one of the authors of the QAA's latest Benchmark Statement for Music (2019) and has been an adviser to several organisations on music education at all levels.