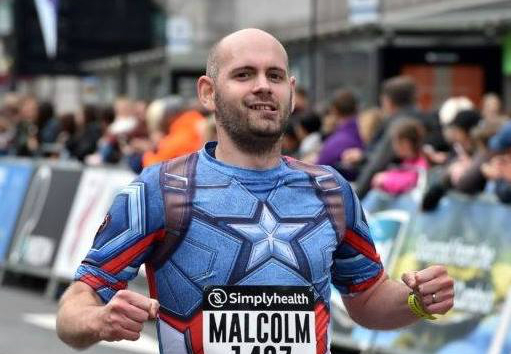 Politics lecturer Malcolm Harvey is urging staff from the University to join him as he aims to run 10k every day in June for charity.

Malcolm set himself the gruelling challenge in order to raise cash for his team’s participation in the Cancer Research Relay for Life in Peterhead, a 24-hour event that takes place on 6 July.

The 300km challenge - equivalent to running from his office at the Edward Wright Building to Perth and back - will largely be undertaken in and around Old Aberdeen, and Malcolm is appealing for any staff who are interested in joining him to get in touch.

He said: “It would be great to have some company as I aim to complete my challenge, but I understand if people don’t want to do a full 10k every day!

“Even if people want to run just part of the way, on days that are convenient to them, I’d be delighted to have some company.

“If people want to show their support in a different way, then I have a fundraising page for sponsorship for the Cancer Research Relay for Life, to which all donations will be gratefully received.”

Over the past couple of years Malcolm’s dad has been successfully treated for cancer twice, further emphasising to him the importance of funding for research. A keen runner with three marathons under his belt, he is looking forward to his latest challenge.

“Even though I’ve run marathons this is a different type of endurance challenge,” he said.

“A marathon is hard but it’s over in just over four hours or so. This is basically an hour a day, but for 30 days.  It’s the mental challenge of digging in on day 20, when it’s pouring with rain, freezing cold and you’ve got blisters the size of Mars on your heels.

“Obviously I hope none of that happens, but that’s what I love about this idea, along with the sense of achievement and knowing that it’s worth it to raise money for the kinds of research that keeps folk like my dad here.

“I know from my wife’s work with the charity that some of the research they’re able to do would just not be possible without the fundraising that goes on.”

Staff can sign up to join Malcolm on his run here

Malcolm can be sponsored at http://relay.cancerresearchuk.org/goto/MalcHasTheRuns