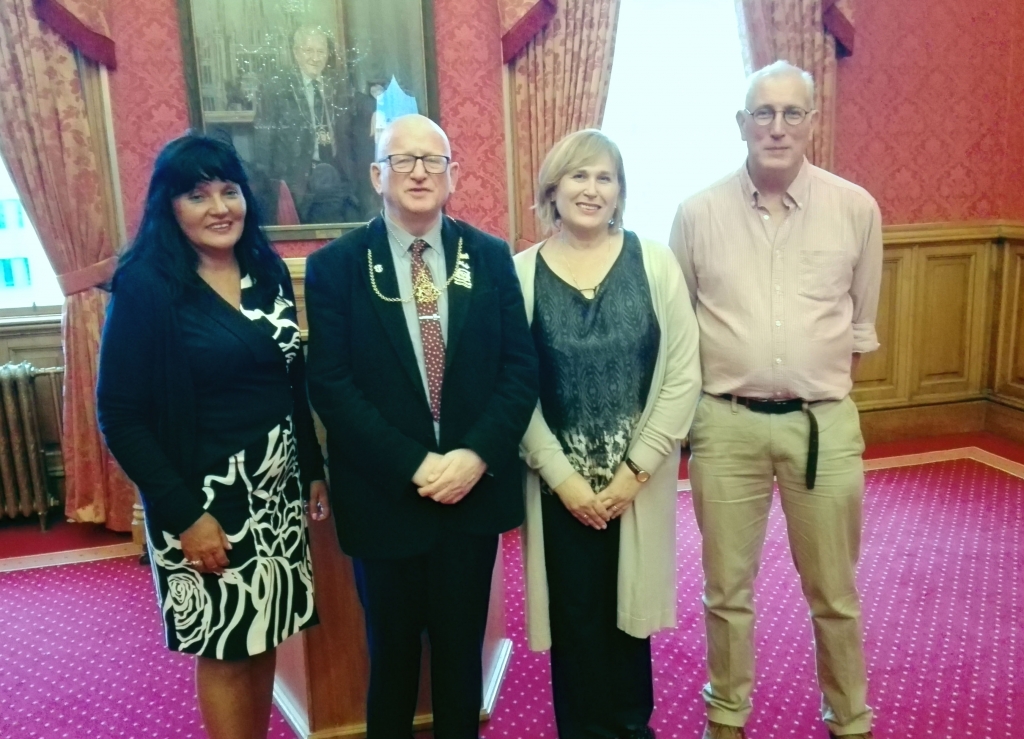 The University has played host to a delegation of visitors from Serbia, who arrived on a fact-finding mission seeking to learn lessons from Scottish further and higher education.

Funded by the European Commission through an Erasmus+ programme for the introduction of part-time and short cycle studies in Serbia, this week’s visit to the School of Education gave the delegation the chance to learn about part-time and shorter higher education programmes, which until recently were not possible in the Balkan state.

In addition to the guests from the Serbia and Belgrade Chambers of Commerce, the delegation included university staff from Serbia, Hungary and the Netherlands.

Dr Bruce Scharlau, from the University of Aberdeen said: “We were delighted to welcome the delegation from Serbia, whose visit to the north-east also included a visit to the Fraserburgh campus of NESCol and a civic reception at Aberdeen Town House hosted by Depute Provost, Cllr Alan Donnelly.

The delegation learned about the University's role in promoting routes from college to university, including our agreement with NESCol and other colleges allowing for advanced access to our degree programmes." Dr Bruce Scharlau

“While they were here the delegation learned about the University’s role in promoting routes from college to university, including the agreement we have with NESCol and other colleges allowing for advanced access to our degree programmes.

“They also learned about our growing number of online access and distance learning courses, which includes the new online access course for teachers launched by the School of Education last week, with support from the Scottish Government.

“The workshop that took place was very productive, and the delegation left with a number of ideas that will be used to inform the provision of further and higher education degree programmes in Serbia.”