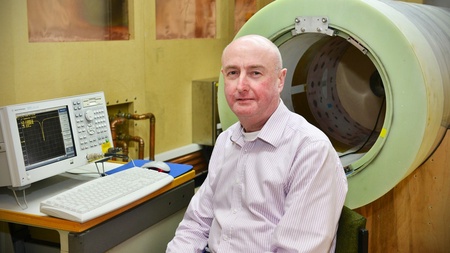 A University of Aberdeen researcher who is leading research into the next generation of MRI scanners has been awarded one of the top prizes in medical physics.

Professor David Lurie is to receive the Academic Gold Medal from the Institute of Physics and Engineering in Medicine (IPEM), which is the professional body for medical physics and biomedical engineering in the UK.

The medal is awarded to researchers who have a “substantial and sustained track record at an outstanding level” in the advancement of academic practice related to physics and engineering applied to medicine and biology.

Professor Lurie said he was “honoured” to receive the award and paid tribute to colleagues with whom he has worked over the years, "in particular Professors John Mallard, Jim Hutchison and Peter Sharp for their support and guidance”.

The award will be presented at a reception and awards ceremony in September, during IPEM’s annual conference at Sandown Park Racecourse, Esher, Surrey.