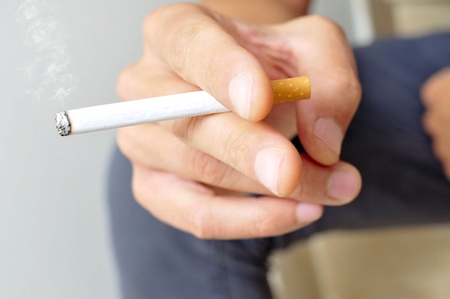 Smoking will be banned in Scotland's jails by the end of next year after research revealed the extent of prison workers' exposure to second hand smoke.

The research carried out by the University of Aberdeen's Dr Sean Semple, along with the University of Glasgow, showed exposure to smoke in Scotland’s prisons was similar to that experienced by someone living in a typical smoking home.

The story was widely covered in the Scottish media with articles in The Times, Daily Telegraph, i, Daily Mail as well as on radio and TV.