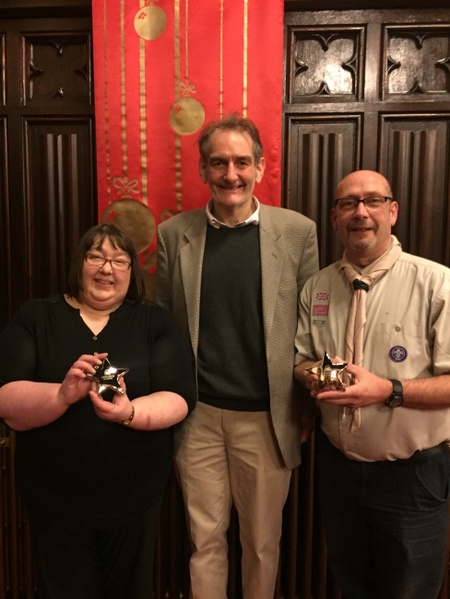 Five University of Aberdeen employees have been named Community Stars by the Lord Provost of Aberdeen.

In recognition of their significant contributions to the city, our University colleagues Fiona Clark, Sonia Domingo, Jerry Morse, Mark Paterson and Israel Osofero, were invited to join Aberdeen’s Christmas Parade last week; a celebration that brings thousands of people together to see the city centre sparkle with the switch on of the Christmas lights. The Community Star celebrations continued after the parade with a civic reception in the Town House.

Our University colleagues were recognised for the following:

Fiona Clark – Accounts Payable Assistant, Finance
For her contribution to the Scouting movement and Children’s Panel

Sonia Domingo, Hispanic Studies
For her work on the Language Ambassadors programme

Israel Osofero, Engineering
For his achievements in his Outreach Co-ordinator role in the School of Engineering

A huge congratulations to our Community Stars from all your colleagues at the University of Aberdeen.