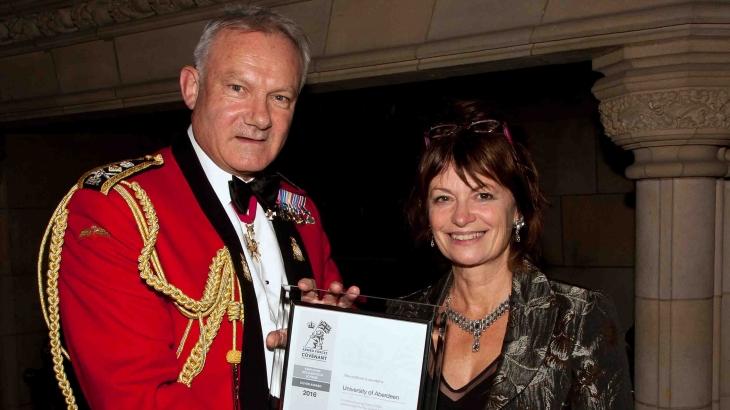 The University of Aberdeen has received an employer award for its support of the Armed Forces.

Aberdeen was awarded the Defence Employer Recognition Scheme (ERS) Silver Award at a ceremony in Edinburgh Castle on November 10.

The University was nominated for its ‘dedicated and consistent support’ for the Armed Forces including support for the local University Officers’ Training Corps.

The University was also praised for its ‘comprehensive policy statement’ on the release of Reservists for training and operations. The policy’s ‘positive attitude’ toward the employment of ex-Regulars; spouses; injured, wounded and sick was also highlighted as a major positive.