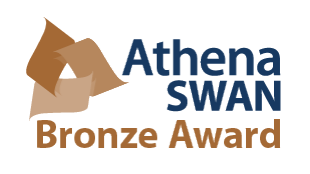 The University of Aberdeen's School of Natural and Computing Sciences has become the latest School at the University to be awarded an Athena SWAN Bronze Award, in recognition of its work to promote gender equality.

The Athena SWAN charter aims to address the lower proportion of women than men found in academic, professional, and support roles, and recognise departments and institutions taking action to identify and overcome barriers to career progression for both sexes.

In August the School of Psychology became the first from the University to receive an Athena SWAN Bronze Award.  The latest award to the School of Natural and Computing Sciences – which includes the departments of Chemistry, Physics, Mathematics, as well as Computing Sciences - is testament to the ongoing drive across the University to address issues of gender equality.

Among the initiatives that are currently being taken forward by the School and were included in its application are the establishment of a fund that would assist staff with child or elderly relative care while they are away on University-related business.

There are also plans to provide educational resources to local schools and working with teachers to encourage more females into the different disciplines and challenge misconceptions over computing science in particular.

“Around the world there has been a collapse in interest from girls in computing science which has become a long term issue that needs to be addressed,” explained Professor Jan Skakle, who is Head of School.

“At the moment Computing Sciences only has about 12% of female undergraduate students and that is not acceptable.   So as part of our Athena SWAN application we have set out plans to work with local schools to break down barriers and increase the diversity of who we recruit, and we’ll be taking that work forward in the months ahead.”

The School’s successful application was led by Professor Skakle and Dr Bruce Scharlau with support from a working group of colleagues based in the School of Natural and Computing Sciences and the two University Athena SWAN officers, Dr Maria-Grazia Cascio and Dr Rhiannon Thompson.

Professor Skakle continued: “We are delighted to be the latest School at the University to earn the Athena SWAN Bronze Award, which is important recognition of our efforts to promote equality and encourage more girls into the sciences.

“While we have a lot of work to do we are all committed to this shared aim, and I’d like to pay tribute to all my staff for their hard work in promoting a culture of equality across the School.”

Professor Margaret Ross, Vice-Principal for People Strategy at the University of Aberdeen, added her congratulations.

She said: “The University already holds an institution-wide Athena SWAN Bronze award, and the success of the Schools of Natural and Computing Sciences and Psychology is testament to our progress in meeting the goals of the Athena SWAN charter.

“I’d like to extend my warmest congratulations to Jan, Bruce and the Athena SWAN team for all the fantastic work they’ve put in to achieve this accolade.”