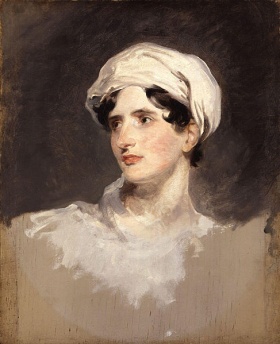 This talk examines the life of Maria Graham (1785-1842), a travel writer, editor, historian and naturalist, whose journeys took her from Enlightenment Edinburgh to India and Dundee to the emperor's court in Rio, experiences which she vividly depicted through her books, her art and her correspondence.

Maria Graham (1785-1842) was an intrepid travel writer, editor, historian and consummate observer of flora, fauna and natural phenomena.  Daughter of a naval family and eventually a navy captain’s wife (and premature widow), Graham travelled to India, Italy and South America, observing local culture, witnessing historic moments, like the Spanish American independence struggles, and meeting important historical figures, like the Brazilian imperial family, for whom she was briefly a governess.

Based on her travels, Graham authored Three Months Passed in the Mountains East of Rome during the Year 1819, Journal of a Residence in Chile 1822, and a Voyage from Chile to Brazil in 1823 and Journal of a Voyage to Brazil and Residence there, 1821-23, amongst other works. An editor and reviewer for John Murray publishers (later publishers of Charles Darwin), Graham also participated in scientific debates about the nature of earthquakes, based on her experience of the 1822 earthquake in Chile, becoming embroiled in controversy as there were some who doubted the reliability of a woman’s observations.  Her last work, A Scripture Herbal (1842), a Biblical botanical guide, was written from her sickbed. This talk will examine the life, works and times of the indomitable Maria Graham.

Entry to the talk is FREE but booking is advised - Contact Emma Fowlie.