I studied English as an undergraduate at Emmanuel College, Cambridge, where I also completed my PhD. I taught British and American Literature at the University of Galway (1997-99), before moving to the University of Aberdeen to hold the posts of Lecturer (2000-13),  Senior Lecturer (2013-19), and Personal Chair (2019-). I have been Director of Research for the School of Language, Literature, Music and Visual Culture (2019-22), and Programme Coordinator for the Intercalated BSc. (Hons) in Medical Sciences: Medical Humanities (2011-20).

I have held visiting posts at various institutions including the College of William and Mary (Visiting Professor of English, 2004), the Scaliger Institute, Leiden University (Visiting Fellow, supported by a Royal Society of Edinburgh / Caledonian Research Fund European Visiting Research Fellowship and a Leverhulme Trust International Academic Fellowship, 2017-18), and the Kunstkamera (Visiting Scholar, 2018). In 2022 I held a Derek Brewer Visiting Fellowship at Emmanuel College, Cambridge.

I am a Senior Fellow of the UK's Higher Education Academy (2017-). I am a past president of the Eighteenth-Century Scottish Studies Society (2014-16). I currently serve as a member of UKRI's Future Leaders Fellowships Peer Review College.

Winner of the 2015 Book Prize of the British Association for American Studies for the best published book in American Studies in the previous year for Literature and Music in the Atlantic World, 1767-1867 (Edinburgh University Press, 2014).

My research has two main focuses: 1) literature and the Enlightenment; and 2) literature in dialogue with other arts.

Literature and the Enlightenment

My first monograph, Literary Memory (Bucknell University Press, 2003), examined the relationship between memory and writing in the long eighteenth century, focusing on the Waverley Novels of Walter Scott and their influence in North America. The book pays particular attention to the ways in which Scott combined popular memory and the tradition of philosophical history in order to redirect understanding of the past. I continue to publish on Scott, particularly his treatment of Scottish history, and his influence on nineteenth-century literature, music and painting.

My more recent work on literature and the Enlightenment has focused on the physician or surgeon as writer in the Atlantic world and beyond; on the institutions of Enlightenment that contributed to the making and circulation of knowledge; and on the art of travel in northern and Eastern Europe, not only for elites on the Grand Tour, but also for less exalted individuals seeking to further their education or find work abroad. My current monograph, a study of early modern life writing between 'East' and 'West', builds on this research, with its focus on travel as a spur to writing about the self, and on connections between Enlightenment philosophy and history and Russian and Western European practices of life-writing.

Literature in dialogue with the other arts

My work on the Enlightenment has foregrounded especially the relationship between literature and the other arts as a way of understanding Enlightenment cultures and their legacies. My second monograph, Literature and Music in the Atlantic World, 1767-1867 (Edinburgh University Press, 2014), provided the first interdisciplinary account of the interweaving of literary and musical genres in this period of transatlantic history. It was awarded the British Association for American Studies annual book prize for the best book in American Studies.

My current work on literature and music is a project on 'poetic piano music', that it, those compositions for piano which take their inspiration from literary texts, and often use the programmatic layering of title and epigraph as a frame of reference or point of departure for performer and listener. I draw on the philosophy of music of Vladimir Jankélévitch to consider how such works in performance reinterpret or 'explain' the literary texts with which they are in dialogue. I study piano with Scottish pianist, Alan MacLean.

I am currently accepting PhDs in English, History, Music. 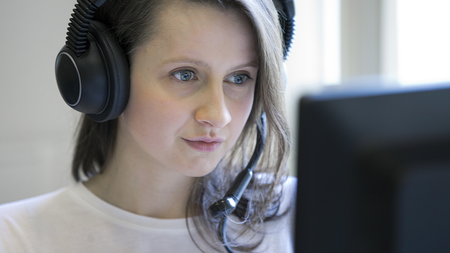 I contributed a chapter on 'King's College and Marischal College in the Age of Romanticism', for 525 Years in the Pursuit of Truth: A New History of The University of Aberdeen, edited by Bradford Bow and Michael Brown (Aberdeen University Press, 2022). My podcast, 'James Beattie (1735-1803): Philosopher and Poet', is drawn from my chapter for this volume.

I am a member of the Nineteenth-Century Experimental Song Collective, led by Professor Ian Newman, University of Notre Dame (2020-).

I am a member of the Network of Nineteenth-Century Americanists in Scotland and the North of England, led by Dr Andrew Taylor, Edinburgh University, and Dr Kirsten Treen, University of St Andrews (2020-).

I was a member of the Northern Network for Medical Humanities Research, led by Professor Jane Macnaughton, Durham University, and supported by the Wellcome Trust (2013-19).

I was a member of the Romantic National Song Network, led by Professor Kirsteen McCue, University of Glasgow, and funded by the Royal Society of Edinburgh (2017-19).

I was a participant in the STAR (Scotland’s Transatlantic Relations) Project, led by the late Professor Susan Manning, University of Edinburgh, and supported by the Carnegie Trust for the Universities of Scotland (2003-13).

I co-edited the the collection of essays, Scotland, Ireland, and the Romantic Aesthetic (Bucknell, 2003), which contributed to the evolution of an 'archipelagic' approach to British and Irish Romanticism.

At the postgraduate level I welcome applications for research projects on aspects of British, continental European and North American literature of the eighteenth and nineteenth centuries, on literature in dialogue with other arts (especially music), and on literature, medicine and science. I am happy to accept students wishing to take a distance PhD.

I am currently supervising:

My past doctoral students include:

Dr Candice Smith, 'Architecture, Politics and Gender in the Gothic Novel of the 1790s' (University of Aberdeen PhD Thesis, awarded 2014).

Dr Steffi Metze: 'An Imperial Enlightenment? Notions of India and the Literati of Edinburgh' (University of Aberdeen PhD Thesis, awarded 2011).

2017: My research on the Edinburgh-Leiden medical nexus was supported by a grant from the Caledonian Research Foundation / the Royal Society of Edinburgh, held at the Scaliger Institute, Leiden University.

2013: I was awarded a grant from the Wellcome Trust (Humanities and Social Sciences funding area) in support of the 2013 annual conference of the Association for Medical Humanities, which was held in Aberdeen on the theme of 'Global Medical Humanities'.

I am on research leave in the second half session.