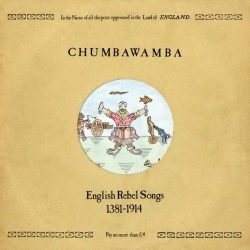 English Protest Music - Dr Jonathan (Jo) Hicks has been has been consulting on an AHRC project exploring the history of English protest music.

A key element of the research project: a list of 250 songs that reflects the history of the English protest song from c.1600 to the present day. The aim of the list is to highlight a long history of songs of political complaint and protest (rather than songs of political commentary, satire, or consensual reform), and to reveal both the continuities and discontinuities within it. Jo was invited (along with a range of experts from music, literature, history, politics, and other areas of study) to comment on a long list of more than 400 songs and suggest which ones should be chosen for detailed case studies. One of the striking features of the list, especially when focussing on the long nineteenth century, is the setting of topical political texts (about abolition, Peterloo, Chartism, women’s suffrage and much more besides) to familiar tunes. At least a couple of these tunes – ‘Scots Wha Hae’ and ‘Auld Lang Syne – hailed from north of the border and were known (then as now) by the lyric titles of Robert Burns. Jo recommended both of these songs further study (!) and looks forward to working more with the project team on this exciting research.