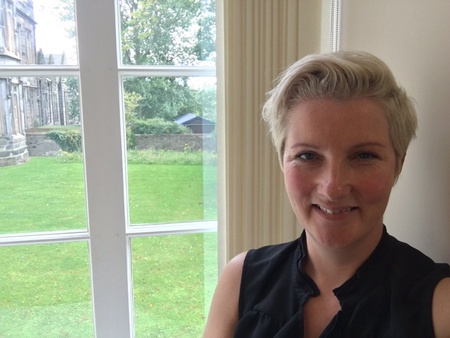 The School of Divinity, History and Philosophy is pleased to announce that Dr Paula Sweeney has been appointed as new Head of School and is taking up her post from the 1st of August.

Her research interests are in Philosophy of Language and Philosophy of time and--in particular--around questions concerning time and emotion.

The School wishes to express its gratitude to the outgoing Head of School, Professor John Morrison, for his service over the past five years. We wish all the best to Dr Sweeney as she begins her new role, and look forward to working with her in the years to come.