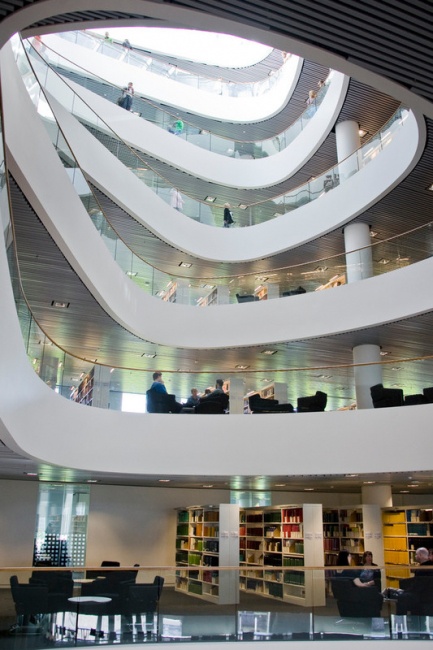 A two-day workshop funded by CISRUL

New materialist philosophies emerged towards the end of the 20th century as an interdisciplinary intellectual movement advancing new conceptualisations of materiality, ontology and agency. Their distinctive understanding of matter as dynamic and self-generative force has been taken up across the natural sciences, social sciences and humanities for its potential to move beyond well-worn dualisms and open up new meaning- and world-making possibilities. Against this background, this workshop brings together scholars from the Netherlands and the UK to explore how power and the political might be reconfigured in new materialist terms.

Astrid Schrader, University of Exeter: “Thinking with Microbes across Times: Towards a Marine Microbiopolitics”

Registration: free and open to all. Please contact one of the organizers if you wish to attend, for the purposes of providing refreshments.

Rick Dolphijn, “What Keeps On Mattering”

For Gilles Deleuze, the activist-philosopher, the events of ’68 in Paris, cannot not just be seen as ‘an inspiration’ or ‘an example’ that keeps on haunting him during his career. What happened in ’68, the shock to thought it realised, was in many ways his ‘non-carnal birth’… It gave birth to his thought which have only grown more powerful since his unfortunate (carnal?) death. For Michel Serres, the scientist-philosopher, it was the dropping of Little Boy, the atomic bomb, on Hiroshima in 1945, that marked his philosophy. The moment science lost its innocence. The moment dualist, Cartesian though, proved itself a complete fraud. In my talk I propose to discuss these births, only in order to show that they are not accompanied by a death. With references to Spinoza (the last part of the Ethics), and Stoic thought, my aim is to discuss ’the politics of persistence’ from a new materialist perspective.

Rick Dolphijn is a writer and a philosopher. He teaches and does research at Utrecht University, Faculty of Humanities. From 2017 to 2020 he will be Honorary Associate Professor at Hong Kong University (Hong Kong). He wrote Foodscapes, Towards a Deleuzian Ethics of Consumption (Eburon/University of Chicago Press 2004) and New Materialism: Interviews and Cartographies (Open Humanities Press 2012, with Iris van der Tuin). He has recently published This Deleuzian Century: Art, Activism, Life (edited by Rosi Braidotti, Brill/Rodopi 2014/5). He writes on the continental thought, on art, nature and politics. Currently he is finishing a new monograph entitled Cracks of the Contemporary.

In my talk, I will discuss practices of new materialist citation in the light of the affordances of the Internet of algorithmic media. New materialist scholarship is currently taking a turn to a quantum literacy, aiming at “the articulation of a significant discourse for critical and creative research, one that is of relevance for all those who are interested in learning to think (O’Donnell 2012; Bühlmann 2016a) in terms that are more adequate for addressing ethically the role and power of knowledge in terms of life and code” (Bühlmann, Colman and Van der Tuin 2017: 54). My question is about the implications of quantum literacy for reconfiguring research genealogies. In other words, how do we find “a method attuned to the entanglement of the apparatuses of production, one that enables genealogical analyses of how boundaries are produced rather than presuming sets of well-worn binaries in advance”? (Barad 2007: 29-30) The boundaries that I will be talking about concern the political practice of citation. How do citations come about in 21st century apparatuses of philosophical production? How to understand that, for instance, Maria Popova (1984-), ‘cartographer of meaning in a digital age,’ says that “I get around on bikes, so I commute. And whatever I listen to, that feeds in. That’s part of the reading” (On Being, May 14, 2015) and that Susanne K. Langer (1895-1985), known as the philosopher who “cannot be catalogued” (Gardner 1982: 54), receives so many forward citations today?

Karolina Kazimierczak, “Medical imaging and the ‘borderline gaze of touch and hearing’: the politics of knowledge beyond sense atomism”

There are many ways in which bodies are made visible in the clinic. Not all of them are reliant exclusively on the ‘eyes’, even in the understanding proposed by Haraway as ‘prosthetic devices’ or ‘active perceptual systems’, which build ‘on translations and specific ways of seeing, that is, ways of life’ (1988, p. 583). Some of them include particular forms of listening or hearing, and most are reliant on touching, handling and holding. The ‘eyes’ in the clinic are more often than not the ‘fingeryeyes’ (Hayward, 2010), the modes of sensing, in which vision and touch are not already given as separate and separable; while touch itself may also become a form of hearing, or ‘listening-touch’ (Harris, 2016).

In this talk I trace different ‘visualisation apparatuses’ – ultrasound scan, fine needle aspiration and breast examination – involved in the clinical diagnostic practices for breast cancer. In examining side by side the practices and devices commonly characterised as medical imaging, such as ultrasonography, and the more mundane apparatuses, such as syringes or trained eyes and fingers, I want to draw attention to the non-given nature of image and imaging, and to the equally non-given nature of the distinctions between vision, touch and hearing as modes of sensing and knowing. In doing so, I want to propose a reconfigured politics of knowledge, where seeing, touching and listening are understood not as predefined perceptual and epistemological modalities, distinct from one another, and from the phenomena that they render knowable, but as relational qualities arising out of embodied intra-actions (Barad, 2007, 2012; Castañeda, 2001).