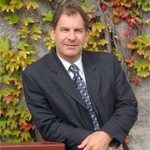 Some of the best minds in food, health and agricultural research and practice in Scotland are meeting in Aberdeen this week (Wednesday 14 September) to debate key issues around the topic of food security.

Hosted by the University of Aberdeen Rowett Institute of Nutrition and Health, the conference aims to find out how Scotland’s life science research base could be harnessed to make a significant contribution to the global challenge of food security.

Many organisations, including the UK Government, have recognised the huge increase in food production that will be needed to cope with the rapidly-expanding world population.  It is estimated that food production may need to increase by up to 50% by 2030 to feed a world population that could increase from 6 billion today to nine billion by 2050.  This increase will put huge pressure on the finite resources of energy, land and water.

Professor Peter Morgan, Director of the Rowett Institute of Nutrition and Health and a Vice Principal of the University of Aberdeen who is organising the conference  said:  “There is no doubt that food security is one of this century’s world grand challenges and we are going to have to face up to real changes in how we produce our food, what we produce, and where we produce it.  However, I think it is also important not to lose sight of the fact that food security is much more than simply how to increase the efficiency of food production.  It must also embrace the need to produce healthy and nutritious food, and remove any barriers to accessing a good diet.

“This conference recognises Scotland’s long tradition in leading the world in research relevant to food security.  We have a healthy and prosperous farming and food sector, underpinned by research from the University and research institute sectors.  We plan to break down the huge topic of food security into bite-sized research questions and then identify those that are a priority to be answered.  Subsequently we will be able to put together research collaborations that are good for Scotland and good for global food security, ” he said.

The conference brings together researchers with key stakeholders representing the farming and food and drink industry, as well as from organisations that fund research. James Withers, an Aberdeen graduate and the new Chief Executive of Scotland Food and Drink and formerly Chief Executive of the National Farmers Union in Scotland, is the opening speaker at the conference.