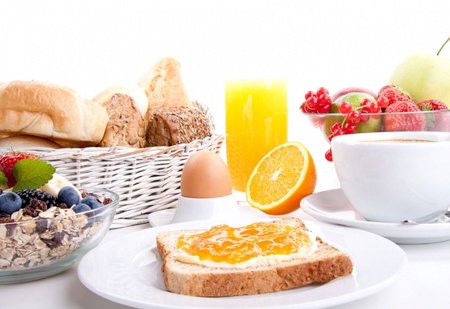 Breakfast is said to be the most important meal of the day and researchers at the University of Aberdeen want to test the theory to see what impact eating something filling in the morning has on our brains.

They are seeking volunteers, particularly those between 65-75 years, to take part in a study in which they will examine brain activity when this meal is skipped and when a high protein breakfast drink is consumed.

Dr Daniel Crabtree and Mr William Buosi from the Rowett Institute of Nutrition and Health will run the trials. Dr Crabtree said: “It is known that missing breakfast can influence food choices throughout the day and that is why it is often said to be the ‘most important meal of the day’.

“We might presume that eating a filling breakfast would make us less likely to choose unhealthy foods later in the day, but we want to see what is actually happening inside our brains in the areas associated with pleasure and reward. To do that we need volunteers.”

We might presume that eating a filling breakfast would make us less likely to choose unhealthy foods later in the day, but we want to see what is actually happening inside our brains in the areas associated with pleasure and reward" Dr Dan Crabtree

Volunteers will take part in two sessions at the Aberdeen Royal Infirmary at Foresterhill where they are shown images of foods both high and low in fat while researchers measure their brains response using functional magnetic resonance imaging (fMRI).

On one visit they will not have eaten first thing in the morning and on the other they will be given a high protein drink for breakfast.

Dr Crabtree added: “fMRI is a revolutionary, painless and non-invasive technique which allows scientists to look at how the brain works using magnetic waves and our volunteers will simply have to lie down for 20 minutes whilst our measurements are taken.

“Using fMRI we will be able to identify triggers for areas of the brain associated with pleasure.

“We will be examining how this alters when images of different foods are shown across the age range but we particularly need volunteers between the ages of 65-75 years as this is an age group often overlooked by research.”

The study is part of the EU-funded Full4Health project seeking to understand food-gut-brain mechanisms across the lifespan in the regulation of hunger and satiety.

Researchers in Aberdeen will collaborate with colleagues in Utrecht and Athens conducting similar studies to build up a picture across Europe.

Anyone wishing to volunteer should contact Dr Daniel Crabtree/Mr William Buosi on 01224 438691 or f4h@abdn.ac.uk. Healthy male and female volunteers aged between 65 and 75 years are required.

The research leading to these results has received funding from the European Union’s Seventh Framework Programme for research, technological development and demonstration under grant agreement n°266408.