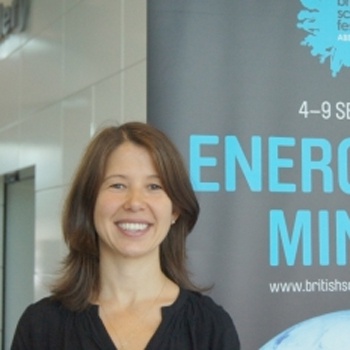 A diet with foods rich in fibre and vitamin C could help protect against bowel cancer.

Balancing your diet with protective foods rich in fibre and vitamin C can help prevent the formation of cancer causing compounds in the gut, the British Science Festival will hear today.

Researchers at the University of Aberdeen Rowett Institute of Nutrition and Health have carried out the first study to investigate the impact of a combination of different foods on the formation of compounds that can lead to bowel cancer.

A total of 48 obese men took part in trials at the Rowett’s human nutrition unit and followed nine different diets varying in red meat and foodstuffs rich in vitamin C, fibre and nitrates.

Red meat has already been linked with cancer but a diet that relied only on nitrate-rich foods such as lettuce leaves, spinach, radishes, beetroot and turnips could also be problematic.

Dr Silvia Gratz, Research Fellow at the Rowett, said: “Red meat intake is high in the Western world - on average more than 90 grams per day of red meat is eaten by UK men and exceeds the level recommended by the World Cancer Research Fund of 70 grams per day. But high red meat consumption is associated with an increased risk of developing colorectal cancer.   Therefore the popularity of high protein and high meat diets that aid successful weight loss may cause problems for intestinal health.

“We conducted three controlled dietary intervention trials, where obese men were fed different weight loss diets with varying amounts of red meat, protein, carbohydrate, fibre, vitamin C and nitrate. We then measured N-nitroso compounds in stool samples, and correlated these with the intakes of each of the dietary constituents. Our results confirmed that a high red meat intake significantly contributes to the formation of carcinogenic N-nitroso compounds. But we also found that a high nitrate intake found in leafy salads and some root vegetables is also associated with an increase in these carcinogenic compounds.

“Our study also showed that that the intake of dietary vitamin C and dietary fibre decrease the formation of N-nitroso compounds in the human gut. Ours is the first study to assess the influence of several dietary contributors to endogenous formation of N-nitroso compounds simultaneously. It highlights the importance of balancing potentially problematic foods such as red meat and high-nitrate foods such as some leafy and root vegetables with protective foods that are rich in vitamin C and dietary fibre.”