Should food addiction be classified in similar terms as drug or alcohol addiction?
06 September 2012 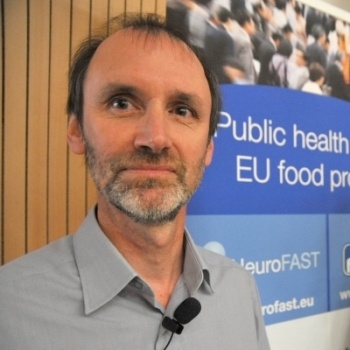 Scientists investigate whether food addiction should be classed as a mental disorder.

The Diagnostic and Statistical Manual of Mental Disorder (DSM-IV) – recognised by psychiatrists and scientists worldwide as the standard reference for the classification of mental health disorders, classifies addictive-like behavioural patterns such as pathological gambling, kleptomania or pyromania, as impulse control disorders.  Food addiction, however, is not included.

Professor Julian Mercer from the University of Aberdeen Rowett Institute of Nutrition and Health and Dr. Özgür Albayrak of the University of Essen, Germany are part of a European consortium investigating food addiction, and today discussed their research and its potential implications at the British Science Festival today.

Their research effort comes at a time when international experts are considering whether behavioural addictions should be recognised at a clinical level. This categorisation might allow food addiction to be classified in similar terms to drug or alcohol addiction in the future. Such an outcome could result in changes in the clinical treatment of obesity and public policy surrounding the obesity epidemic.

Dr Mercer said: “If we can reach a consensus on how overeating should be classified this could lead to major changes in clinical treatment and public policy surrounding obesity. It would help firstly to clarify if food addiction is a route to binge eating or obesity. Recognition of different routes to overweight and obesity could lead to more targeted treatment for defined groups, giving individuals clinical help which is specific and pertinent to their situation.

“This could mean that, in the future, overeating could be recognised as the consequence of food addiction in a small sub group of individuals, and the treatment they are offered may have convergence with that which is offered to drug/alcohol abusers. As current evidence stands there are arguments for and against whether there is a convergence between overeating and drug and alcohol addiction.

“The arguments which suggest there is a convergence include the fact that palatable food is appealing to us because it activates reward centres in the brain, triggering signalling molecules in the opioid and dopamine systems. These same systems – opioid and dopamine - are triggered when we use drugs or alcohol.

“This food activation of the brain is likely to have developed through evolution – where the instant energy high sugar foods give the body, and the amount of energy fat gives the body, made these dietary components of choice.

“There are also arguments however that would suggest there is no such convergence between overeating and other classified addictions. These include the fact that eating is a necessity to survive and not a lifestyle choice that can be avoided.

“Also whereas drugs and alcohol are made of just one identifiable molecule, foods are made of a mix of hundreds or thousands of different chemicals – therefore there is not a direct comparison.

“Importantly, to date there is no scientific evidence for  a single nutritional compound or a mixture exerting addictive-like behaviour, as nicotine, alcohol or heroin would, to name a few compounds very well known for their addictive potency.

Scientists are aware that this is an area where there is still a lot of scientific uncertainty.  This work is aiming to resolve some of this uncertainty and input into the international effort to understand whether food addiction can be recognised at a clinical level.