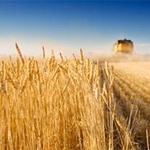 Scientists are investigating if oats and barley grown in the north of the UK are even better at protecting the body against heart disease.

Whether ancient varieties of these crops - more commonly grown over a century ago have greater nutritional benefits - will also be investigated in the study, led by nutritional experts at the University of Aberdeen.

Dr Karen Scott, from the University of Aberdeen’s Rowett Institute of Nutrition and Health said: “We know whole grains like oats and barley are good for our health - both of these crops contain a specific carbohydrate called beta-glucan which has been shown to lower cholesterol.

“What our study is investigating is whether certain growing environments optimise the nutritional benefits found in these crops, and if specific varieties are actually even better for us than others.”

The study will compare oats and barley grown in Orkney, with the same varieties of crops grown in Dundee and Aberystwyth in Wales.

Dr Scott continued: “We believe that the colder temperatures experienced in more northerly parts of the UK may enhance the nutritional values in oats and barley.

“The reasoning behind this is linked to molecules called lipids – which these crops contain more of, than other cereals.

“These molecules become saturated or unsaturated during the growth cycle depending on the conditions in which the crops are grown.

“Having more unsaturated lipids in our foods is better for the health, as when ingested these lipids lower levels of the bad cholesterol in our bodies, which otherwise could lead to the development cardiovascular disease.

“Our study will analyse crops grown in Orkney with the same crops grown in Wales and Dundee to investigate whether there is evidence for this trend in the formation of lipids which we would expect to see.”

The study will also examine whether different varieties of the crops – in particular ancient variations of oats and barley - have different health benefits.

Dr Scott added: “Following the industrial revolution, ensuring crops provided the greatest yield possible became the focus for the farming industry. This led to a preference for crops that yielded well and ripened early so they could be taken off the land before bad weather hit.

“We believe this may have resulted in some of the nutritional values of oats and barley being bred out.

“We will be growing varieties of oats and barley, commonly found on our fields over 100 years ago but very rarely now, to compare the health benefits of these crops with more modern variations, to understand if their nutritional values differ.”

The five year study is part of several Scottish Government funded projects being undertaken at the Rowett Institute investigating the potential health benefits of Scottish produce.