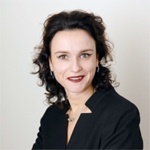 As the bells ring in 2013, attention will quickly turn to New Year's resolutions. Losing weight will be on top of the list for many but with so many diets floundering at the first hurdle, knowing how to go about things in the right way and maintaining motivation are key to long-term success.

As the bells ring in 2013, attention will quickly turn to New Year’s resolutions.

Losing weight will be top of the list for many but with so many diets floundering at the first hurdle, knowing how to go about things in the right way and maintaining motivation are key to long-term success.

Leading nutritionist Dr Alexandra Johnstone, from the University of Aberdeen Rowett Institute of Nutrition and Health, outlines some of the ‘myths’ and misconceptions when it comes to weight loss which could dishearten those who set out to diet in 2013.

“Obesity is a serious medical condition and there are lots of anecdotal reports about why some people find it difficult to lose weight and keep the weight off in the long term,” she said. “Sometimes there are genuine medical reasons for weight gain, but often it is simply an issue of overeating relative to energy expenditure.

“I’ll explain some of the anecdotal reasons people often give when a diet appears not to be working for them and explore if there is any truth to these arguments.”

This could also be described as ‘my friend eats the same as me but never puts on weight’. This infers that some people gain weight more easily than others but the problem is usually the misreporting or under-reporting food intake.

This could be due to either technical difficulties of actually weighing everything you eat and drink or because we don’t want to admit to eating five chocolate biscuits in one go!

My advice would be to look carefully at your portion sizes and to make sure you don’t forget about what you drink as the calories in soft drinks and alcohol can soon add up.

Everyone will gain weight if their energy intake is more than their energy expenditure and food must pass the lips to reach the hips!

Myth 2 ‘I have a slow metabolic rate’

The term 'metabolic rate' refers to the energy (calories) you expend over a day just keeping your body functioning - your heart beating and your lungs breathing, for example. This is often called the basal or resting metabolic rate.

Results from scientific studies have consistently shown that overweight people use more energy to keep their bodies working. This is because they have larger bodies with bigger muscles and internal organs.

Basal metabolic rate can also be influenced by body composition. Muscle requires more energy to function than fat. As we get older, we tend to gain fat and lose muscle. This explains why basal metabolic rate tends to decrease with age.

Often, overweight people believe they eat very little and still put on weight, hence the 'slow metabolism' theory, but research has shown people tend to eat more than they think.

The bottom line is you'll gain weight if you consume more calories than your body needs. This can be a difficult fact to face, but recognising the need for change is vital for successful weight loss.

When you weigh yourself on the scales and the result is more than you thought or would like, what do you do? Some people blame the scales, or take all their clothes off to try and convince themselves that they weigh less! Instead of accepting that they are carrying excessive body fat, others imply that it is because they have ‘heavy bones’. It is true that some people can have a ‘slight frame’ and others may have a ‘heavy build’, and this will also impact on how much muscle mass you carry, however excess weight is unlikely to be explained by extreme bone mass

Myth 4 ‘This is my natural weight’

There was a theory in the 1970s - 1980s that we had a pre-determined ‘set point’ for body weight, which was the weight at which our body would ‘naturally’ be maintained. This came from research into animals such as the Siberian hamster, which can moderate their weight depending on the season. The inference from this was that dieting would be ineffective because people would bounce back to their ‘set point’. However, there is no concrete evidence of this set-point control in humans.

Obese people often want a quick cure and to lose weight rapidly and they will resort to extremely restrictive regimes to achieve this. Although a reduction in body weight as a numerical value on the scales is encouraging, weight loss should optimise fat loss to improve health. Rapid weight loss often invokes a greater loss of water mass so don’t be discouraged and opt for a slower rate of weight loss to enhance fat mass loss.

Myth 6 ‘Once I lose weight, I regain it’

Yo-yo dieting, whereby weight is lost and then often re-gained in excess, with body mass going up and down over the years, may have a negative impact on health or wellbeing. Obesity is a problem that occurs over years, with people often gaining weight steadily. For example, a women with a BMI of 21 who gains a relatively small amount of weight, say 2.5kg a year (5.5lb), from now on, would be overweight in three years, and obese in seven years. A key message is to weigh yourself regularly and to halt the upward incline of weight by eating a healthy diet and maintaining levels of physical activity. It is true that most people who lose weight regain it and more research is required to understand the physiological and psychological risk factors for this.

Myth 7 ’ Losing weight is difficult because I feel tired’

If there are negative psychological consequences of weight loss, then this will limit the success of the regime. The human body is designed to defend body weight, stemming from the ‘hunter gatherer’ era. Biologically it is more difficult to lose weight than it is to gain weight. The human body’s appetite system is designed to protect us from weight loss, sending signals to either increase food intake or reduce energy expenditure. One of the anecdotally reported consequences of weight loss is feeling fatigue or tiredness, whether this is in the form of mental alertness or reduced physical ability. Ironically, fatigue can be the result of either an excessive energy intake (think of Christmas day!) or a depleted energy intake. In order to avoid fatigue, aim to lose a small but steady weight loss to avoid fatigue, rather than crash dieting.

Studies have shown that there is a genetic component in body weight, fat mass, and fat distribution. However, this biological inheritance accounts for only 20 to 30% of the variables associated with weight loss. Some gene defects may cause obesity directly, for example, leptin deficiency, however these cases are comparatively rare and can certainly not account for the increased prevalence of obesity in the global population. The facts suggest that environmental factors are of more importance than genetic determinants in the development of obesity.

As outlined in Myth 2, larger people have a higher metabolic rate than smaller people, and so it follows that when you lose weight, your metabolic rate will decline. The amount that it will decline will be dependent on the amount of weight loss, the composition of the weight loss and level of physical activity or exercise. Studies have shown that as people lose weight, their energy requirements also dropped. This may be one of the contributing reasons why some people plateau with weight loss: as they become smaller, their energy deficit also becomes smaller if their dietary intake stays the same. Also, if subjects go back to eating what they did before weight loss, then they will gain weight, as they require less energy to maintain a stable body weight. It is helpful to be aware of this but not to be put off as it is possible to eat in an enjoyable way and still lose weight to improve health.