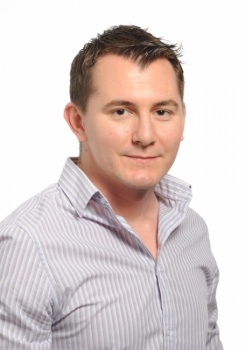 The New Year brings with it new intentions to improve our diets and eating habits. Those needing an extra incentive to make changes are being offered a chance to hear firsthand about work underway at the University of Aberdeen Rowett Institute of Health and Nutrition.

The New Year brings with it new intentions to improve our diets and eating habits but will power is often fading by the end of January.

Those needing an extra incentive to make changes are being offered a chance to hear firsthand about work underway at the University of Aberdeen Rowett Institute of Health and Nutrition, which could help to improve our understanding of the factors behind our eating behaviour.

The Institute is hosting its first Volunteer Open Evening on Wednesday January 30 where members of the public can learn how they can play a role in cutting-edge nutrition studies.

Researchers from the Rowett are looking for people to take part in a number of dietary studies, including a project known as Full4Health, which is investigating how the stomach and the brain interact to control our appetite.

Full4Health brings together researchers from across Europe with Rowett scientists taking a leading role and it is hoped that it will further our understanding of obesity, chronic disease and under-nutrition.

Dr Dan Crabtree is the Research Fellow working on the study at the Rowett as part of a team looking at the impact what we consume for breakfast has on our motivation to eat and the release of gut hormones which control appetite.

He said: “We will be asking volunteers to visit the Rowett four times to consume four specially designed breakfast drinks.

“After consuming the breakfast drink volunteers will be asked to rate how hungry or full they feel over a two hour period. We will also measure appetite hormones levels to see how these are affected by each drink.

“We are looking to measure how effective this type of breakfast drink might be in reducing appetite, particularly around mid-morning when we know many people are tempted to reach for an unhealthy snack.

“This research examines a wide range of age groups, from children to the elderly, and the findings from this research could make a big difference to our eating habits in the future.”

The Volunteer Open Evening will also outline another study taking place at the Rowett in which scientists want examine in greater details the health benefits of eating fish.

The volunteers taking part will be provided with the fish to eat and a recipe book to give them ideas about how to cook it.

David Bremner coordinates dietary health studies involving volunteers at the Rowett Institute. He said: “We are looking forward to being able to talk to people interested in volunteering firsthand. We are seeking volunteers from across a wide range of ages and of differing weights for forthcoming studies.

“The open evening will be a great opportunity for them to hear firsthand from the scientists leading this research about the intended outcomes of their work and why human nutrition studies of this kind are so essential in furthering our understanding of health and wellbeing.”

The Open Evening will run on Wednesday January 30 from 6pm to 7pm and anyone interested can also take a tour of the unit and facilities. For catering purposes, anyone wishing to attend should contact Laura Young by Friday January 25 by emailing  laura.young@abdn.ac.uk or calling 01224 438784

Retired Banker Ian Gourlay has taken part in eight nutrition studies at the Rowett Institute and is shortly to embark on his ninth.

The 56-year-old, from Bridge of Don, said being a volunteer had improved his awareness of his own health – and in one weight loss study he shed more than a stone in just eight weeks.

Ian first became involved three years ago after reading an article in the Press and Journal about recruitment for a carbohydrate study.

“I was coming up to retirement and I thought it sounded interesting,” he said. “I started on the longest study I’ve yet to volunteer for – an eight week trial investigating whether ready meals specially designed to ensure you feel fuller for longer could help weight loss.

“I was provided with all the food and we were asked to keep our intake to 2,000 calories a day by keeping a food diary. In that particular study I managed to lose a stone which was a real bonus.”

Since then he’s gone on to take part in studies investigating everything from the benefit of beetroot in burgers to the importance of fruit and vegetables and the brassica family of vegetables in our diets.

Mr Gourlay said he was pleased to know he is playing his part in furthering knowledge of health and nutrition.

“In my late 40s I was 15 stone and totally unfit so I decided I was going to start going to the gym and created a ‘get fit for 50 campaign’ for myself,” he added.

“I now try to keep my weight around 13 stone but having struggled to control it in the past I really appreciate how important this type of nutrition research is and I’ve been more than happy to help by volunteering for studies I’m suitable for.

“When I worked in banking I enjoyed being able to help the customers, now I know I am helping scientists to achieve their research goals.

“On a personal level it has also been useful in making me more aware of my overall health. I get my blood pressure checked regularly and I know my cholesterol and glucose levels, as well as my resting heartbeat.

“That’s a real benefit as unless you are ill you don’t tend to be tested regularly for these things.

“I’m now looking forward to taking part in the Fish Dish study in the Spring.”