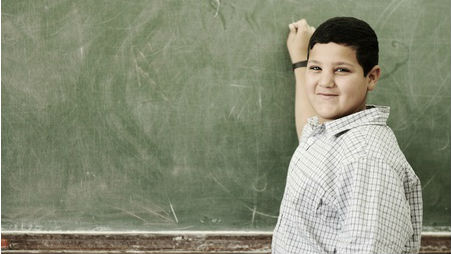 Scientists are investigating if children with certain character strengths are more likely to succeed academically.

The news comes as tens of thousands of pupils across Scotland embark on exams tomorrow (Tuesday April 29).

How sociability, resilience and ability to bounce back from set-backs relate to a pupil’s experience in education, is being analysed in the research by University of Aberdeen psychologists.

190 third year pupils from two Aberdeen schools are taking part in the study, which is the first of its kind in the UK.

It’s hoped its findings could inform education practice and curriculum in the future.

Nicola Gibson from the University of Aberdeen’s Psychology Department, who is leading the study said: “We are investigating the relationship between self-rated character strengths and success within the academic environment, including exam performance.

“Studies in the US suggest a correlation between particular character strengths and academic achievement, but rather than taking these findings as absolute, it is important that we examine this potential relationship within the very different educational and cultural context of the UK. “

Studies in the US suggest a correlation between particular character strengths and academic achievement, but rather than taking these findings as absolute, it is important that we examine this potential relationship within the very different educational and cultural context of the UK." Nicola Gibson

“Our research will focus on sociability, ability to cope with daily hassles and stresses, resilience in dealing with more serious issues, and interpersonal skills.

“Identifying if and how these strengths are related to how a pupil fares academically is the first step.

“The development of the character strengths, and whether they change over time, is examined using a longitudinal design in which pupils complete a set of questionnaires at three points across an 18 month period.”

Findings from these questionnaires will be analysed against exam results and pupil progress data supplied by teachers.

Nicola continued: “We’ve chosen to focus on pupils in their third year of secondary school, as this is a key developmental age.  They are on the cusp of embarking on a new phase of their life –  choosing to specialise in their subject choices and to continue in school education, to move onto college, or to begin preparing for the world of work.

“It’s important that our findings not only determine which of these character skills are related to academic success, but also when these skills begin to develop in a child’s life.

“We hope our findings will help formulate best practise for supporting and encouraging the development of these character strengths and also when this would be best implemented within a pupil’s academic career.”