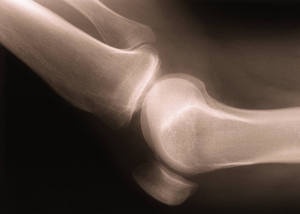 Medical research charity Arthritis Research UK has announced a major investment to the Universities of Aberdeen and Edinburgh, which could have a significant impact on the thousands of people who undergo knee replacement surgery.

October 7-13 marks the charity’s National Arthritis Week, set up to increase awareness of the devastating effect of arthritis on one in 6 people in Scotland.

Arthritis Research UK has awarded £850,000 over four years to a team of surgeons and physiotherapists led by Professor Hamish Simpson at the University of Edinburgh, to improve the poor satisfaction rate of knee replacement surgery.

The team aims to target intensive post-operative physiotherapy at those people they think will benefit most. Their research will also attempt to predict which patients are at risk of doing less well following knee replacement surgery.

Recent reports have indicated that around 20 per cent of the 75,000 people who have the surgery every year are not fully satisfied with their knee replacements one year after the operation.

“Sadly, a colossal 15,000 patients every year are not fully satisfied a year after their operation, so there’s a great need to identify these patients and determine if anything can be done to improve their outcome,” explained Professor Simpson, professor of orthopaedics and trauma at the University of Edinburgh and an orthopaedic surgeon at Edinburgh Royal Infirmary.

“Currently outpatient physiotherapy is not routine; often patients are given a home exercise package, but there isn’t usually any supervised physiotherapy provided on the NHS. We think if targeted intensive physiotherapy is shown to work it is deliverable on the NHS and could help a lot of people.”

The targeting of structured physiotherapy to those likely to benefit the most is what makes the Edinburgh research novel.
Several thousand patients in Edinburgh and Aberdeen will be assessed six weeks after surgery. Those who are doing badly in terms of pain and function will be offered either intensive one-to-one sessions with a physiotherapist over six weeks or the usual care – advice and a home exercise sheet. Both groups will be assessed after one year.

Professor Gary Macfarlane, professor of epidemiology at the University of Aberdeen added: “Within this study we are looking to be able to predict which patients benefit most from knee replacement surgery in terms of pain and function. We will be focussing on factors before the operation so that it helps patients and surgeons make informed decisions.

“One additional aspect we will be looking at is measuring the ‘stress-response axis’ through taking saliva samples from patients at different times of the day. This will allow us to examine how individuals respond to the emotional and physical stresses of undergoing surgery and whether that influences outcome.”

Professor Simpson added that despite the dissatisfaction rates, knee replacement surgery was nevertheless a highly effective procedure in relieving pain.

“In this research we’re trying to understand patients’ expectations of the operation as well as measuring their reported function. Patients may be feeling depressed or have been upset by the surgical process and this may also need to be taken into account in order to improve the patient’s outcome,” he said.

The Chartered Society of Physiotherapists has welcomed the new study. Natalie Beswetherick, director of practice and development at CPS, said: “A key measure of success for a knee replacement relates to the patients improved quality of life. These studies will leave an important legacy if they identify new ways for the NHS to provide appropriate post-op rehabilitation.”

In National Arthritis Week Arthritis Research UK is appealing to the public in order to continue funding its vital work. People can help making a Joint Effort pledge during the week: either by supporting the charity’s work by raising money, by sharing their experiences of arthritis in a National Arthritis Survey or by finding out more about the realities of living with arthritis.

For further information about how to make a Joint Effort pledge, visit www.nationalarthritisweek.org.uk or call 0300 790 0444.