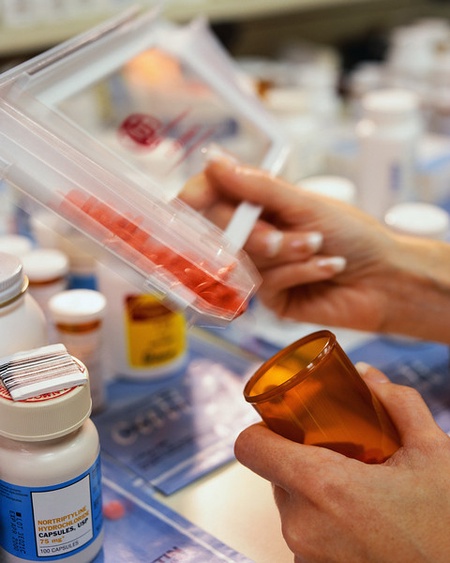 A new national prescribing chart developed by doctors, pharmacists and nurses is to be piloted in Scotland as one measure in a campaign to reduce prescribing errors.

A new study, presented today at a meeting in Edinburgh (1 October 2013), will also show that around 7% of prescriptions written in Scottish hospitals contained an error, a rate that is similar to previous studies in England. Workload and time pressures were cited as important causes of prescribing errors. The meeting will involve doctors, nurses and pharmacists who will be seeking to find agreement on the most effective approaches that might be taken to improve medicines safety in Scottish hospitals.

A working group led by the Royal College of Physicians of Edinburgh (RCPE), with support from the Scottish Government through NHS Health Improvement Scotland, has developed a new national prescribing chart which will be piloted in selected NHS Boards before the end of this year. This followed RCPE concerns that avoidable prescribing errors were occurring in Scottish hospitals as a result of busy trainee doctors on rotation being exposed to inconsistent local prescribing charts [1]. The chart will be presented at a national meeting organised by the RCPE which will be held in Edinburgh today [2].

Prof Simon Maxwell, Royal College of Physicians of Edinburgh, and Professor of Student Learning - clinical pharmacology and prescribing, University of Edinburgh, said: “Despite significant improvements in patient safety in recent years, prescribing errors remain a cause for concern in all hospitals. There are many factors that make prescribing a growing challenge including a high patient workload, increasingly complex treatments and an ageing population taking more medicines. Current approaches to error reduction are focused both on better preparing prescribers to meet these challenges and also improving the hospital systems in which they work. With this in mind we have been focusing on developing a standardised prescription chart for future use in all Scottish hospitals.

“Historically, NHS Boards have developed their own local prescribing charts, each with their own layout and standards for completion. This lack of consistency has created problems for trainee doctors and nurses who might move many times during their training. Furthermore, those of us charged with training medical students cannot predict which chart they are likely to be using when they qualify. We believe that a standardised approach, as with other areas of healthcare, will be to the benefit not only of staff but also the patients they treat. Similar national chart initiatives have already been implemented successfully in Australia and Wales. The new Scottish chart will be piloted in a small number of NHS Boards in Scotland over the coming months and, subject to successful evaluation, could be implemented nationally in Scotland.”

During the event data from a new multi-centre study, conducted by researchers from the universities of Aberdeen, Dundee, Edinburgh, and Glasgow on the prevalence and cause of prescribing errors in Scotland will also be presented. The data from the PRescribing Outcomes for Trainee doctors Engaged in Clinical Training (PROTECT) study examined the level of prescribing errors in 8 Scottish hospitals over a 14-month period in 2011-12 and examined over 4700 patient charts and 44,000 prescribed medicines, as well as conducting interviews with prescribing doctors. The study looked primarily at trainee doctors in their first two (Foundation) years of training as they are responsible for over 50% of written prescriptions in hospitals and compared this with prescribing by more senior trainee doctors and consultants. The main findings of the study were that:

Dr Sarah Ross, Clinical Pharmacologist, University of Aberdeen, said: “The study identified multiple perceived causes for prescribing error. Work environment was identified as an important aspect by all doctors, especially workload and time pressures. Team factors were also cited including the multiple individuals and teams involved with a patient, poor communication, poor prescribing documentation and assumptions that another team member would identify and correct any errors.”

Dr Cristin Ryan, Lecture in Clinical Pharmacy, Queen’s University, Belfast, said: "Our research has found that prescribing errors are broadly consistent amongst trainee doctors and consultants, but noticeably higher in large Teaching Hospitals than smaller District General Hospitals. Patients should be reassured that the majority of these errors were picked up before they reached the patient, but it is clear that prescribing errors are a major factor in modern healthcare.”

Dr Neil Dewhurst, President of the Royal College of Physicians of Edinburgh, said: "Doctors in the acute medical specialties work under considerable pressure and often in very challenging circumstances. It should not be surprising that human error can creep in. The key is in recognising and understanding why the errors occur and then in implementing measures to reduce the likelihood of recurrence. The RCPE has long advocated the need for a simple national prescribing chart in Scotland and I am delighted to see this nearing reality. However, improving documentation is only one part of the solution. We have to find a way of reducing the workload pressures on doctors and supporting them more effectively if we are to achieve our collective goal of causing zero harm to patients."