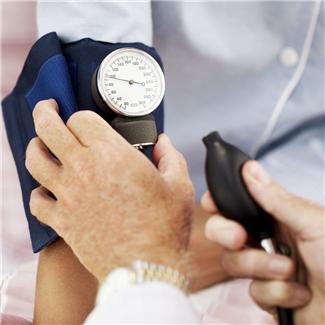 A lack of clearly defined goals, a surfeit of box ticking and regulation, and highly variable staff support are stifling the almost universal desire to provide high quality care in the English NHS, finds the largest ever analysis of its culture and behaviours, led by Lancaster University Management School and involving the University of Aberdeen, and which is published online in BMJ Quality & Safety.

While there are many examples of exemplary and innovative care, the sorts of issues which came to light in this year’s Robert Francis Inquiry into the failings at Mid-Staffordshire NHS Foundation Trust are likely to be found elsewhere, even if not to the same extent, suggest the authors, who include Professor Lorna McKee from the University of Aberdeen's Health Services Research Unit.

They base their conclusions on a two-year research programme spanning the period from 2010, following the initial inquiry into Mid-Staffordshire, to the passing into law of the latest reconfiguration of the NHS in England - the Health and Social Care Act in 2012.

The research programme aimed to uncover the prevailing culture and behaviours in the NHS in England using a wide variety of sources.

These included 300 interviews with senior level executives, managers, and frontline staff; numerous patient and carer surveys; hundreds of sets of board minutes and published datasets on performance in all types of NHS trust; and cultural (ethnographic) case studies of hospital wards, primary care practices, and emergency care departments, totalling 650 hours of observation.

The analysis of all the data showed that there were many ‘bright spots’ of excellent care, practice, and innovation across the NHS in England. But it also indicated ‘dark spots’ of poor care, harried, distracted staff, and evidence of structural and cultural factors which threaten the quality and safety of care.

“Though Mid Staffordshire may have been one particularly ‘dark spot’ in the NHS, organisations throughout the NHS are likely to have at least some shadows,” write the authors, adding that their analysis showed that “there was little confidence that care could be relied on to be good at all times in all parts of organisations.”

- Unclear/disjointed goals leading to ‘priority thickets,’ which eat up resources but which provide little in the way of clarity or coherent strategy

- Poor intelligence on which to base decisions/improvements

- Highly variable staff support and a lack of respect and appreciation

- ‘Comfort-seeking’ behaviours,’ which focus on making a good external impression and view staff who raise concerns as trouble-makers and whiners

- A lack of integration, leading to time-wasting, frustrating barriers, and gaps in care

The authors make several recommendations for improvement, which helped to inform the recently published government reports on patient safety in England.

The first of these recommendations is that the NHS must have “clear and explicit goals that are coherent from ward to Whitehall.”

Second, they say that organisations must have good intelligence on their performance if they are to improve. “This means actively seeking uncomfortable and challenging information from patients and staff,” and acting on it, they emphasise.

Third, NHS organisations need to constantly review, strengthen, and improve all their systems, and focus on developing cultures that are person - rather than task - centred.

The study emphasises the need for coherence of national direction.

“This is essential to avoid dispersing responsibility and accountability, and creating confusing messages and signals,” write the authors.

“As the new bodies move forward, including NHS England and Clinical Commissioning Groups, it is important to avoid creating further competing priorities, and instead ensure focus and coherence,” they say.

The study concludes that improvement in the NHS can build on the excellent progress already made by many organisations.

“The NHS is far from unique in experiencing challenges,” comments study author Professor Mary Dixon-Woods. “Every health system in the world is grappling with patient safety problems. But the NHS is uniquely well-placed to address them.”