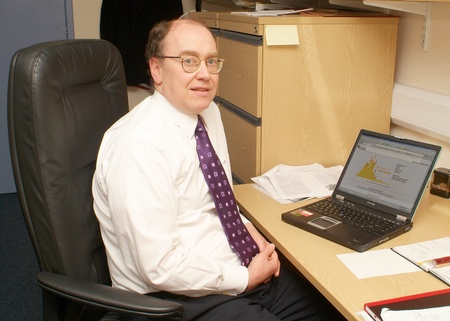 Three Aberdeen researchers are next week delivering a course that will help arm East European health researchers with some of the skills required to investigate chronic diseases.

Professor Gary Macfarlane, Dr. Gareth Jones and Dr. Tatiana Macfarlane from the University of Aberdeen are presenting an Introduction to Epidemiology and Biostatistics course in Warsaw - being run in collaboration with the Health Promotion Foundation (Poland) and the Higher School of Universal Education in Warsaw - to train young scientists investigating public health problems of Eastern Europe.

“At 20 years of age, men and women in eastern Europe can expect to live around five years less. This is mainly due to cardiovascular disease, injuries and cancer and is due to high consumption of alcohol and tobacco, and nutritional factors.

“However historically training in eastern European countries has been based around investigating infectious diseases and there is therefore a lack of skills to investigate the substantial increase in the incidence of chronic diseases.

“We have now been running short courses in Epidemiology – the study of the occurrence and causes of diseases in population – at the University of Aberdeen for seven years and attracting delegates from all over the world.

“As part of a partnership with health and education organisations in Poland , and to increase access to scientists from eastern European countries, we will be running a course in Warsaw. The aim is to provide young scientists how to take an epidemiological approach towards investigating the health problems of Eastern Europe.

“We will be training 25 researchers from medical schools across Poland. We will teach them how to design studies to understand the epidemiology of major chronic diseases, the statistical methods required to analyse the data colelcted and how to interpret the results.”

The course will be opened on Tuesday (July 2) by the Minister of Health for Poland and there will also be a signing of the Memorandum of Understanding between Health Promotion Foundation and the University of Aberdeen the same day.