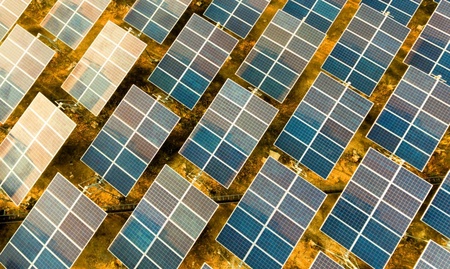 Using solar panels in the tourism industry in countries like Greece and Cyprus will not only help reduce carbon emissions but also significantly reduce costs, research has found.

A case study carried out on a typical Greek Island tourist hotel on Rhodes challenges the commonly held belief that ‘tourism is hard to decarbonise’ and ‘renewables are too expensive’.

Using novel numerical modelling for electric energy consumption and production, the analysis shows there will be huge cost benefits for the Mediterranean economy particularly when the price of imported energy from fossil fuels is at an all-time high because of the current conflict in Ukraine.

By applying a net metering system at Kolymbia Bay Art Hotel it was found that the carbon emissions associated with its energy system could be reduced by more than 30%.

Relying less on fossil fuels could also bring other benefits such as being more reliable and better for health. During the heatwave of 2021 loss of electricity for cooling due to power outages as a result of high demand on the system presented one of the biggest risks to human health demonstrating the importance of creating self-sustaining energy systems such as with renewables.

If the findings of this study are implemented on a large scale, countries like Greece will reduce their carbon footprint as well as their dependence on imported fossil energy and its associated high cost." Zara Mulholland, MSc student, University of Aberdeen School of Biological Sciences

Zara said: “Hotels in the Mediterranean generate much of the region’s revenue with tourism accounting for approximately 18% of Greece’s GDP and employing more than 900,000 people. If the findings of this study are implemented on a large scale, countries like Greece will reduce their carbon footprint as well as their dependence on imported fossil energy and its associated high cost."

Professor Frithjof Kuepper said: “We anticipate that the owners of Kolymbia Bay Art Hotel, who kindly helped us with this study, will implement the conclusions and recommendations of our findings in the next year. Moreover, we certainly hope that this will be copied many times in Greece and the Mediterranean region.”

Dr Martin Spiller added: “With Rhodes being one of the most popular tourist destinations in Europe, reducing carbon emissions from hotels is essential for a sustainable future for the Mediterranean region. During the peak summer holiday period demand for electricity in Rhodes doubles causing carbon emissions to increase. However, there is potential for renewable energy production, particularly solar and wind, providing opportunities to cover part or all energy requirements. With an increase in the use of renewable energy sources comes a vast carbon reduction potential which would be highly beneficial for mitigating climate change.

“With the cost of energy only increasing, renewable energy sources may be even more cost effective than previously thought.”