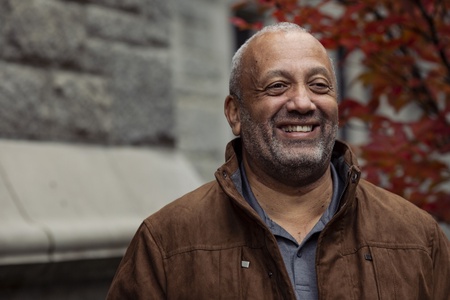 The University of Aberdeen's Professor John Swinton has been elected a Fellow of the British Academy.

Professor Swinton is one of 85 academics who were nominated for election at the Academy’s Annual General Meeting that took place yesterday (Thursday, 21 July).

The British Academy is the UK’s national academy for the humanities and social sciences with a Fellowship of over 1600 of the leading minds in related subjects from the UK and overseas. It elects distinguished UK academics as Fellows in recognition of their outstanding contribution to research.

Professor Swinton, who earlier this year was appointed as a Chaplain to Her Majesty The Queen in Scotland, is a minister of the Church of Scotland who for more than a decade worked as a registered nurse specialising in psychiatry and learning disabilities. He also worked for a number of years as a hospital and community chaplain.

His work has a dual focus on the relationship between spirituality and health and the theology of disability and he has published widely within the area of practical theology, disability theology, qualitative research and pastoral care.

In 2016 he was awarded the Michael Ramsey Prize - the ‘Man Booker of theology’ which celebrates the most promising contemporary theological writing - for his book Dementia: Living in the Memories of God.

His theological research has succeeded in the re-framing of dementia as part of the spiritual life of the community, leading to significant changes in local government, caring agencies, third sector organisations, dementia care providers and religious communities in both the United Kingdom and internationally.

In 2017, his most recent book Becoming Friends of Time: Time, Disability and the Art of Gentle Discipleship won the award of merit for theology and ethics in the Christianity Today book awards for 2017.  The book was named as “one of the books most likely to shape evangelical life, thought, and culture.”

Commenting on his election as British Academy Fellow, Professor Swinton said: “I am greatly honoured to have been elected a Fellow of the British Academy. The Academy are involved in important work and I look forward to being able to contribute to the academic life of the country in this new way.”

Welcoming the Fellows, the new President of the British Academy, Professor Julia Black, said:  “With our new Fellows’ expertise and insights, the Academy is better placed than ever to open new seams of knowledge and understanding and to enhance the wellbeing and prosperity of societies around the world. I congratulate each of our new Fellows on their achievement and look forward to working with them.”