Are you going to eat that? Study reveals dog faeces are significant part of foxes' diet
13 July 2022 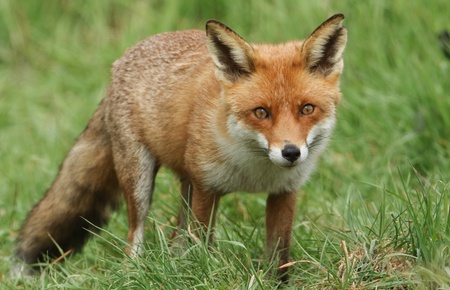 A study that analysed the diet of red foxes in the Scottish Highlands has found that dog faeces are a significant part of their diet, the first time that such a connection has been detected anywhere in the world.

The study, a collaboration between scientists at the University of Aberdeen’s School of Biological Sciences, the Laboratory of Alpine Ecology at University of Grenoble Alps, Forestry and Land Scotland and Cairngorms Connect*, alters our understanding of how the behaviour of foxes living in the pine forests of the Cairngorms are affected by visits from people and their pets.

Researchers found that dog faeces have a calorific content on par with the foxes’ wild prey but are far easier to “hunt” and are consumed especially when wild prey is naturally scarce.

The study had initially set out to characterise the diet of foxes and pine martens to better understand how these two predators coexist despite very similar eating habits and their impacts on prey.

Using a technique known as metabarcoding – which is based on DNA-based identification and rapid DNA sequencing – they found that domestic dog DNA was the second most frequent species in fox stool samples (nearly 40 per cent), while being virtually absent in pine marten samples.  Several hypotheses were considered as to why this was the case, including a possible confusion between fox and dog DNA since the two are closely related species, however researchers concluded that dog faeces have become an important food source for foxes to fall back on in times of scarcity.

By using DNA-based techniques our study has revealed this interaction for the first time, leading to important questions about how human activities are affecting wildlife." Cristian Navarro

Cristian said: “The fact that foxes consume dog faeces in the amounts we have found is unprecedented. Rabbits and other related species are well-known to consume their own faeces but consumption of the faeces of another species has seldom been documented and likely represents an overlooked interaction among wild animals.

“This phenomenon would be undetectable through traditional diet study methods, but by using DNA-based techniques our study has revealed this interaction for the first time, leading to important questions about how human activities are affecting wildlife.”

Professor Lambin added: “Just like how bird feeders in gardens benefit some species of birds while others are displaced, dog faeces may benefit foxes over their competitors or prey species.

“In addition, the availability of dog faeces and their consumption by wild animals creates risks of disease and parasite transmission, and of introducing new pathogens.

“This highlights the need for a holistic management approach, including the need for measures to help ensure the appropriate use of outdoor spaces by dog walkers, given the potential impacts.”