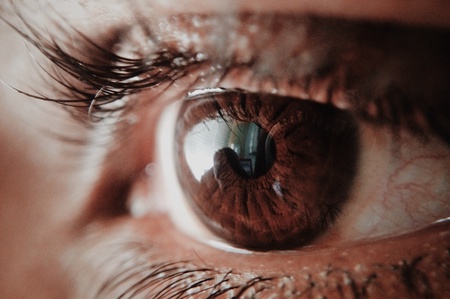 Researchers at the University of Aberdeen are investigating a new treatment for diabetes which they hope could reduce one of the most common complications of the condition - sight loss.

The team of scientists, funded by the British Heart Foundation (BHF), are aiming to find new ways of preventing diabetic retinopathy (DR) and have been given a grant of £286,000 for the study, which is being led by Professor Mirela Delibegovic in collaboration with clinical colleagues Professor John Forrester and Dr Lucia Kuffova.

Diabetic retinopathy is one of the most common complications of diabetes. Those with DR develop damage, often permanent, to the retina - the light-sensing layer inside the eyeball - and as a result, are at risk of losing their sight.

People in the UK known to have diabetes are offered retinal screening once a year to detect signs of changes in the retina caused by DR. This new project aims to identify physical signs of DR when they occur, but before they lead to loss of vision, and to help find treatments to prevent it from developing.

Professor Delibegovic, Director of the Aberdeen Cardiovascular Disease Centre at the University of Aberdeen, explains: “Given its nature, DR is a significant and worrying complication of diabetes and so it is important that we understand more about it and find ways to reduce and prevent it.

Being able to intervene sooner could make a real difference for people living with diabetes." Professor Mirela Delibegovic

"In addition, as Type 2 diabetes - the most common type of diabetes – can often go undetected and undiagnosed for many years, up to 40% of people with Type 2 diabetes already have signs of DR when they are first diagnosed with the condition. Being able to intervene sooner could make a real difference for people living with diabetes.”

Over the next three years, the team will investigate if inhibition of an enzyme, called PTP1B, will lead to protection against retinal microvascular disease and diabetic retinopathy.

The BHF is the largest independent funder of research into heart and circulatory diseases in Scotland and this project is one of more than 100 currently underway in ten universities across Scotland.

James Jopling, Head of BHF Scotland, said: “This is an important project which could benefit patients living with heart and circulatory disease and diabetes. As such, it is vital we understand more about diabetic retinopathy. Research projects like this one in Aberdeen help inform how we treat patients, identify those at particular risk and ultimately find new ways to save and improve lives.”

For more information on the BHF’s life saving research and the work of the BHF visit www.bhf.org.uk