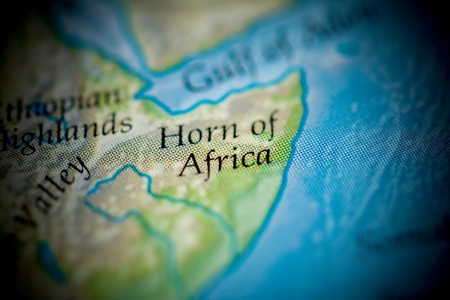 A team of researchers from the University of Aberdeen is set to take part in a new international collaboration, which aims to address the crisis of governance in the Horn of Africa, a region with a huge socio-economic development potential but suffering from instability and fragile states.

The three-year project, which is supported by a £583,349 UK Research and Innovation Training Grant from the Global Challenges Research Fund, will focus on Ethiopia, Somalia, and South Sudan, all of which are among the least developed countries in the world.

The African Research Universities Association (ARUA) Centre of Excellence in Good Governance at Addis Ababa University will lead the project, in partnership with the universities of Aberdeen and Western Cape, South Africa.

The research agenda - Addressing the Crisis of Governance in the Horn of Africa: A Lack of Inclusive and Strong Institutions and the Failure to Institutionalise Power - has two main objectives: to build capacity in Sub-Saharan Africa for researching governance by training PhD and masters students and junior faculty, and to research the crisis of governance in Ethiopia, South Sudan, and Somalia.

Professor Zeray Yihdego, of the School of Law and an expert in international law and regional integration with extensive experience of research in Ethiopia and the Horn of Africa, will lead the Aberdeen team. He will be joined by Professor Tamas Gyorfi, an expert in comparative constitutional law, and Professor Pamela Abbott, Director of the University’s Centre for Global Development, who has extensive expertise in gender as well as governance in the former Soviet Union, the Middle East and North Africa and Rwanda.

Welcoming the grant funding, Professors Yihdego and Abbott said the project will investigate the promises and pitfalls of federalism and devolution in Ethiopia, Somalia and South Sudan, and will make research-informed policy recommendations aimed at addressing the crisis of governance in each country.

The type of institutional design that will best deliver accountable government and analysis of the impact of federalism, devolution and integration in the context of weak institutions will also be addressed, as will the issue of gender and the political empowerment of women.

Prof Yihdego said: “In all three countries, there are ethnic cleavages and conflict along ethnic lines. They also have poor governance indicators, and government corruption is rife.

“The crisis of government in each of them results from the extreme centralisation of power, weak institutions, and a failure to institutionalise the responsible use of power. Neither extreme centralisation or fragmentation, the foundation of the new state of South Sudan and Somalia, has addressed the crisis. The central governments generally serve the interests of a narrow political elite that remains unchecked due to the lack of a system of checks and balances and the weak rule of law.

“Since the 1990s, there has been an interest in addressing the crisis of government in some of these countries through federalism, devolution and inclusive political institutions, as well as in strengthening the rule of law. Such reforms, it is argued, will make governments accountable and more responsive to meeting the needs of their citizens.”

The Aberdeen team will contribute to both elements of the project, with all three academics involved in the co-supervision of four PhD students and the teaching of masters students, building their capacity to carry out governance research.

They will also contribute to the short-term training of policymakers and civil society organisations in each country, and the development of research-informed policy recommendations. The University of Aberdeen will host visits from the PhD students, junior and senior faculty working on the project.