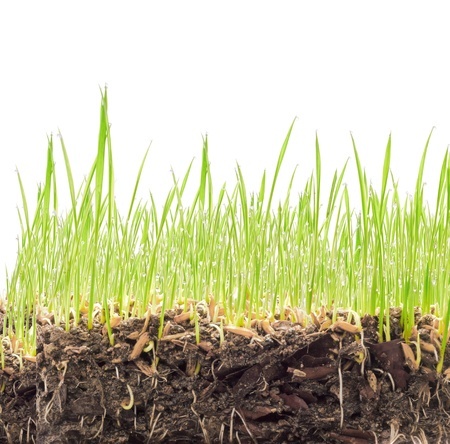 A new report published in Nature Sustainability this week examines the potential impacts on food production of Zero Budget Natural Farming, a farming system that is sweeping India.

Zero Budget Natural Farming differs from traditional organic farming in that it does not attempt to provide the nutrients needed for crop growth using animal manures, but instead aims to change the functioning of the soil–crop system so that nutrients are made available to crops without the need for external inputs.

With very few direct scientific measurements available in systems using Zero Budget Natural Farming, this study, led by Professor Jo Smith from the University of Aberdeen and supported by funding from UK research councils, Scottish Government, the European Union and the Wellcome Trust, is the first to provide a detailed assessment of the impacts of the farming system on the nitrogen available and soil conditions for crop growth.

Under business-as-usual, by 2050, 60% of India’s population, equivalent to more than 10% of the people on Earth, are predicted to experience severe deficiencies in calories, digestible protein and fat. To meet increased demands for food on a shrinking area of agricultural land, efficiency of crop production must increase, but climate change, soil degradation and depopulation present further challenges to increasing the efficiency of Indian agriculture.

Soil degradation is associated with excessive reliance on synthetic fertilisers and low returns of organic matter to the soil. However, there is insufficient animal manure available in India for traditional organic farming to be used by all to grow crops and restore soils.

We show that, contrary to the fears of many scientists, this system could support improved food production for low input farmers. In addition, because inputs of crop residues are high, soils are unlikely to degrade." Professor Jo Smith

Promoters of Zero Budget Natural Farming claim that the soil already contains all the nutrients needed for plant growth and that the action of microbial cultures added to the soil releases these nutrients from the soil itself. However, if nitrogen was only provided by stimulating release from the topsoil, there would be an associated loss of organic matter, and all organic matter would be lost from the topsoil within 20 years. This would result in a sharp decline in crop production and make soils less resilient to droughts.

Co-author of the report Dr Jagadeesh Yeluripati from the James Hutton Institute, said: “Zero Budget Natural Farming started as a grassroots movement, aiming to provide multiple benefits, both to the environment and to farmers. However, there are conflicting opinions about how it should be developed for widespread use. This report provides scientific evidence on the potential for scale-up.”

The report’s lead author, Professor Jo Smith, added: “We show that, contrary to the fears of many scientists, this system could support improved food production for low input farmers. In addition, because inputs of crop residues are high, soils are unlikely to degrade.

“However, the maximum potential nitrogen supply is only likely to be 52–80% of the average fertilizer application rate. This means that yield penalties are likely in higher input systems, so widespread conversion of farms from all sectors to Zero Budget Natural Farming is not recommended.”