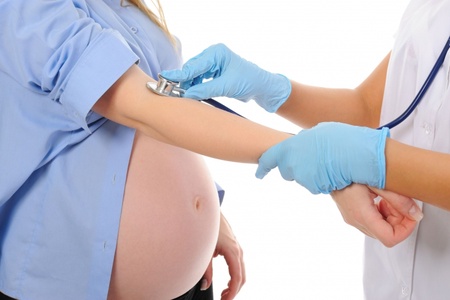 Research from the University of Aberdeen has found that that there was an increased risk of chronic kidney disease later in life for mothers who had high blood pressure during pregnancy.

The study followed women up to sixty years after the pregnancy and found that those who experienced hypertensive disorders (high blood pressure, pre-eclampsia or eclampsia) are more likely to suffer from kidney disease at a later date than those who had normal blood pressure.

This, the first study of this magnitude to investigate the long-term effects of hypertension in pregnancy is published in the journal – Pregnancy Hypertension: An International Journal of Women's Cardiovascular Health

Dr Dolapo Ayansina said: “We found that there are long-term health problems associated with high blood pressure during pregnancy.  Women who experienced hypertensive disorders during pregnancy were found to be at a greater risk of kidney disease long after the pregnancy.

We found that there are long-term health problems associated with high blood pressure during pregnancy." Dr Dolapo Ayansina

“For most women with hypertension, once the pregnancy is over, their blood pressure and symptoms generally return to normal but it hasn’t been known for sure whether there are long term implications for kidney function.  So that’s basically what we are looking at - is there a suggestion of long-term implications for kidney function after the pregnancy and the baby has been delivered.

“The aim of the paper was to ask are we doing enough for women who have had hypertension in pregnancy – currently we manage the symptoms during pregnancy then the women are sent home when blood pressure returns to normal.  We look after women well in these stages. We were wondering if there’s a need to follow-up  these women, monitor them more closely to see how these women are doing – do we just send them home or should we keep an eye and if there are problems we should catch it early.

“Our recommendations would be that maybe we should keep an eye on the renal function of these women who are at greater risk of kidney disease so that we can manage this if a problem occurs."