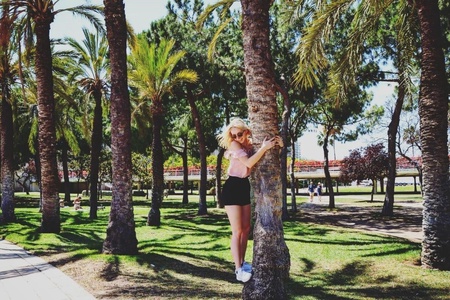 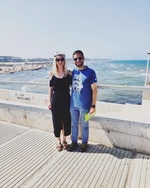 If I had to describe my experience in Valencia with one word, it would be hectic. Not hectic in the way it is used in the western culture, but hectic like my South African friend taught me: An amazing, unforgettable, unique and extreme experience that profoundly changed something in me. Never in a million years could I have predicted how meaningful my experience would be – then again as research shows we are not exactly masters of affective forecasting.

I independently organised an eight-week summer research internship at the University of Valencia. I received funding from the Santander Mobility Award, Erasmus+, and Kela (Finnish government). My internship was divided into three parts, each developing my professional skills in different aspects.

The first part was designing the experiment and participating in data collection. Due to the clinical nature of the research project and looking into the role of unconditional acceptance in developing a care model in the field of disability, there was a delay in the data collection process which is why the focus was on determining research questions and approaches to the topic. Another project that I was part of looked into the effects of mindfulness and dance therapy on wellbeing, emotional intelligence, and overall satisfaction with life. As part of the research, I was invited to a weekend-long course and it was in many ways a life-changing experience for me. I learned a new way of presence with myself and others and communication through movement and body language. Collecting data included combining a set of self-questionnaires with adequate psychometric properties into paper sheets and handing them out to participants in the beginning and end of the intervention course.

The second part of the internship was enhancing my skills in data analysis. In order to build on from the Statistical Package for the Social Sciences (SPSS) skills I learned at the University of Aberdeen, I created data sheets for the research project and introduced data into the program and analysed it. In addition to developing my skills in analysing data with SPSS, I learned a new way of analysing data. Qualitative comparative analysis (QCA) enables in-depth analysis of how a series of causal conditions contribute to a particular result. QCA models are based on Boolean logic and the results are largely dependent on the combination of attributes and their relationship rather than individual contribution of each variable separately.

During the third part of the internship, I wrote an article to get experience in reporting research findings in an efficient and understandable way. Due to the delays in data collection mentioned above, we decided to use a ready data set collected in a prior research project. The research project studied wellbeing from a financial perspective. The study identified different variables behind financial wellbeing such as personality, sex, level of income and looked into the relationship between the variables and attitudes toward savings and debt. I utilised both linear and QCA models in the data analysis and compared the two methodologies in their ability to explain variance in the data set. We also found that QCA models were able to explain more variance due to their ability to combine variables and consider paths that lead to a specific result. All in all, writing an article was an amazing learning experience and a window to what a future in research could encompass.

In addition to academic work, a part of my internship was networking and getting to know Spanish culture – especially the food culture. My supervisor invited me on weekly lunches with his team, during which I engaged in conversation and practised my Spanish. We also held language tandems in lunches with a group of PhD students, during which we spent half of the time speaking in English and half in Spanish. I was also invited to take part in many activities such as dinners, go-karting, beach sports, day trips and dance fiestas. We also often had something called almuerzo, which is loosely translated to brunch, but we started calling it second breakfast as it is usually around 11am. As a thank you of all the Spanish food experiences, I organised almuerzo finlandés – a Finnish second breakfast – in which I served some traditional breakfast food and treats from Finland. This internship enabled me to connect with people and make lifelong friends. As they said, I now have a family in Spain.