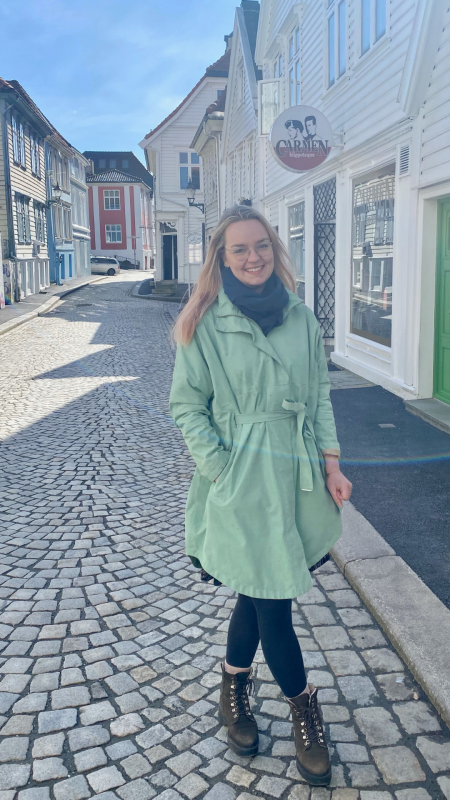 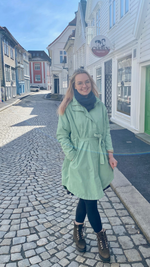 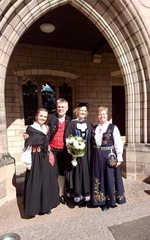 I had never been to Aberdeen before I moved to the city to start studying for my psychology degree but the four years that lay ahead were to be an experience I would not trade for anything in the world. I was interested in the science of psychology and liked the course structure of two universities – Aberdeen and Cambridge. I didn’t quite have the requirements for Cambridge so Aberdeen it was. I also liked the content of the Aberdeen course. When I arrived, I think it rained for three weeks solid however I quickly made friends with my flatmates and absorbed myself in campus life. For a very short time I thought ‘Why did I not choose the easy path and study closer to home?’ but I soon realised I was here to learn and experience a new culture so that’s what I did.

There was so much to get involved with! I joined the Nordic Society and ANSA and quickly became friends with other Norwegians as well as students from all over the world. I joined Dance Society and I began volunteering with the veggie society, the hospital and Nightline - the student-run listening service. The people there were so friendly and caring. The community and person-centeredness they showed me is something I have carried with me to my current role. Alongside my studies I engaged with all the training and attended all the workshops and seminars I was offered, both through my work and volunteering. That is definitely something I would recommend others to do.

Outside of campus life I volunteered as a befriender at the neuropsychology ward at Woodend Hospital and ran youth projects with Fersands and Fountain Community Project for underprivileged children in the Sandilands area of Aberdeen.

I also did a counselling course outside of my psychology degree. This, together with the experiences I gained through work and volunteering shaped my way thinking. The perspective I then developed still affects the work I do today through my organisation’s vision and mission. In society there can sometimes be a general thinking that when people find themselves in a challenging situation it is somehow their own “fault” and their responsibility to get out of it. I disagree with that. That’s what triggered my passion for social innovation. To me that is mental health work on a societal level.

In my first year at the University I received the Anderson prize for student finishing best with Psychology intention, however for me being an active member of student life and campus life as well as making a contribution to the local community shaped the opportunities I later received – not to mention the opportunities I was open to seize!

After graduating I moved back to Bergen to be close to family. My initial plan was to get into clinical psychology. I started working in the public sector in healthcare and tried to gain the experience I would need for clinical psychology. But life happens and I found I had new impulses, met different people and was afforded new opportunities.

Parallel to the work I was doing with children and young adults as a care and social worker I became involved with projects and companies in the creative start-up industry in Bergen. I went on to work with an organisation called Bergen. Works as a Project and Event Coordinator which supports shared working spaces for new companies as a way to share innovative ideas and resources. While involved with a creative tech-company I was challenged on the notion that I was spending a lot of time working with websites, computers and IT design for someone who has spent an entire education training my understanding of humans. It was then that I was in touch with JobLoop, the people representing my current board members. Our aim is to help people who have experienced difficulties in their life to find a route to education, employment and a career that will be fulfilling for them. Many of the people we work with have various diagnoses which have prevented them from taking the traditional path to work. For example, I have seen young people with rigid OCD, eating disorders and various degrees of ASD which previously needed one-to-one assistance become motivated and fully functional IT developers. Another recent example is a student with severe anxiety who we found was very good at preparing food and planning. They are now flourishing as a trainee chef in the stressful restaurant environment under a Michelin star chef.

Earlier this year I was promoted to CEO at JobLoop which I am really enjoying. During university I was always active, but never volunteered for president roles. The roles that came more natural to me where secretary, vice president, head of training team and other “second leader” roles. Responsibility, but no last say. Although super exciting, I felt I would benefit from more knowledge to support my position as CEO. There is lots I do not know at the age of 25! My board agreed to support me with a Masters degree and I applied to and was accepted onto the two-year MSc course in Social Innovation at the University of Cambridge which I am excited to begin in September. I will have four on-campus sessions a year and believe that the degree will help to improve on the practical work experience I am gaining. My hopes are that the course work will also be useful as we expand JobLoop with plans to open in four other cities.

If I had a message for current students now it would be to be open to exploring new pathways. As an experienced senior consultant keeps telling me: “A plan is nothing Sina. Planning is everything”. Make a plan, but do not let it blind you. You don’t know who you will meet, what you will learn, what jobs that might become available or what new and exciting careers and experiences this could lead to as a result. I’d encourage people to not be set on a fixed path and to be open to all new opportunities. I am grateful for everything I was part of in Aberdeen. The experiences and people I met helped shaped me as a person and prepared me for the exciting career I have now started – which I did not even know existed when I was myself a student!

Sina studied for her MA Psychology (Hons) 1:1 between 2014-2018. She won the Anderson prize for best student in her first year. Today she is the CEO of JobLoop, an expanding company and recently received a scholarship from the University of Cambridge for the studies that she will be commencing with them.