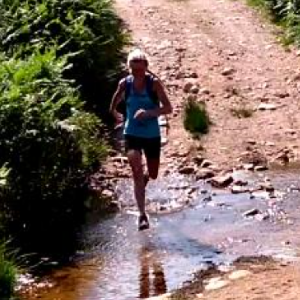 Brits are born with a special gene that enables them to form orderly queues. They are absolutely expert at it. On my former commute home (when “the commute” was still a thing) I would often walk past people waiting for the bus. No matter how many people there were, you could pretty much guarantee they’d be neatly arranged in a straight line. Compare that with my home country, The Netherlands, where everyone would try to get on the bus at the same time, preferably while the people on the bus were still trying to get out. Elbows would be used liberally.

As a Psychologist, I am interested in observing human behaviour. Never more so than when said humans find themselves in an unusual situation such as now. As a scientist, I cannot help but create a hypothesis. British people would be better at adopting the 2-meter rule in supermarket queues than Dutch people.

Armed with shopping list and Bags for Life (and some food in case it was going to be a long one) I joined the queue outside our local big supermarket. In research terms, being part of the queue makes me a Complete Participant. Observation has to be done as unobtrusively as possible. Knowing that “there is a Psychologist amongst us!” might throw even the most ardent of que-liners. So, chomping on an apple and peeking surreptitiously from below my eyelashes, what did I observe?

Well, the whole thing worked like clockwork. The supermarket had painted yellow feet on the ground to indicate the distance, but there was no need. People proceeded as if they had an invisible yardstick attached to them, and were trying to avoid poking the next person in the back. Strangely, after a few minutes, I could feel it too. There was a hand sanitizer put out on a table so we could wipe the trolleys. But I could not reach it. That is, in order to reach it I would have to move within 2 metres of the person in front of me. It felt like a physical barrier. I couldn’t get myself to move.

The Psychologist in me immediately thought of the famous Conformity experiments of the 1940’s, by Solomon Asch. Intelligent people were made to conform to a (wrong) majority when giving an answer to a very simple question. Many felt they had to conform because they did not want to be the odd one out. Despite having a clear reason to deviate (namely, they had the correct answer and the majority did not).

Of course now, sticking to the 2 metre rule is not just about conforming for the sake of it. Our health and wellbeing is at stake. So, combining the natural powers of group conformity with there being a very good reason to do so, it is obvious to see why the ‘invisible yardstick’ was so clearly felt. I have not had a chance to compare with a Dutch sample, but I will ask my deputies to keep a watchful eye.

On average it takes about a month for new habits to embed. I hope that when all this is over, and when we will have spent many weeks keeping our distance, we haven’t forgotten what it is like to embrace one another. I’m not suggesting we elbow our way into the bus (the Brits definitely got that one right), but the simple act of a hand on someone’s shoulder or leaning in closer to hear a funny story. Those things that are also (in addition to ‘conformity’) very much part of what it is to be human.

Dr Mirjam Brady Van Den Bos is a Lecturer for The School of Psychology and Course Coordinator for our Level 1 methods courses.